NGOs Call on EU Ministers to Back Strong F-Gas Legislation

A coalition of European campaigners has issued an urgent plea to their governments to support ambitious measures to reduce the emission of hydrofluorocarbons (HFCs) – super greenhouse gases used in cooling equipment.

In a letter to EU Ministers, a group of 11 organisations, including the London-based Environmental Investigation Agency (EIA), the European Environmental Bureau (EEB), Greenpeace and WWF, called for Ministers to back a faster reduction in the amount of chemicals placed on the market and bans on their use in areas where alternatives are available.

Representatives of European member states are meeting today to decide on their position ahead of talks with the European Parliament and Commission next week on revisions to the EU F-Gas Regulation.

“There is a real danger that the cap-and-phase-down will be too lacking in ambition,” said Clare Perry, Head of the EIA's Global Environment Campaign. “In that case, there is no pressure for change and it will be business-as-usual for the polluters. We need a tighter cap, supported by bans in areas where we no longer need these chemicals.

“In light of the dismal climate talks in Warsaw, it is more important than ever for Europe to take concrete actions to reduce its own greenhouse gas emissions. This is something we can do right now.” 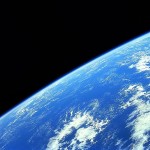 Currently, the revised F-gas legislation is being debated by the European Parliament, European Commission and Member States. While early drafts included bans on the use of HFCs in a number of sectors, including commercial refrigeration, some European countries are trying to water this down.

The move comes at the same time as Refrigerants Naturally!, a partnership of major corporations including Coca-Cola, PepsiCo and Unilever with Greenpeace, issued a letter calling for more ambitious measures to be introduced in the Regulation, including support for bans.

HFCs are a family of super greenhouse gases with global warming potentials hundreds or thousands of times greater than carbon dioxide. Used as refrigerants, they are responsible for about two per cent of European greenhouse emissions. With rapid growth in developing countries, by 2050 HFCs could account for up to 19 per cent of global greenhouse gas emissions.

“The phase-down of HFCs in Europe would prevent the emission of 600 million tonnes of carbon dioxide equivalent by 2030 and could unlock global action to prevent the release of 100 billion tonnes by 2050. This is a huge opportunity,” said Susanna Williams of EEB.