Call handling service did not reduce pressures during first year of operation, as intended

The call handling service NHS 111 increased the use of ambulance and urgent and emergency care services during its first year of operation, shows a detailed evaluation, published in the online journal BMJ Open.

This is despite the fact that NHS 111 was set up with the intention of relieving pressure on these services by ensuring that patients are directed to care that is appropriate for their level of need, say the researchers.

They were commissioned by the Department of Health in England to evaluate the use and impact of NHS 111, a new 24/7 telephone service for non-emergency healthcare problems, which was rolled out nationwide in March-April this year.

The service is staffed by trained call handlers, who are not clinicians, but who have back-up from nurse advisors. They triage calls to other services or home care, using an algorithm based assessment system, NHS Pathways.

The researchers analysed 36 months of routine data – to include the first year that NHS 111 was up and running (2010-11), and the two years before it started (2008-10) – in the four designated nationally representative pilot sites, and in three comparable sites, covering a total population of 3.6 million.

The routine data analysed covered the use of emergency ambulance calls and incidents; attendances at emergency care departments; contacts with out of hours urgent care services; and calls to the telephone triage service NHS Direct.

During its first year of operation at the four pilot sites, over 400,000 calls were made to NHS 111, just over 277,000 of which were triaged using NHS Pathways. Of the triaged calls, 28% were referred to a nurse for clinical advice, and over half were judged to need primary or urgent care services.

The number of calls to NHS Direct fell by almost 20% during the study period, which is not unexpected, says lead author Janette Turner, in an accompanying podcast, as NHS 111 is intended to replace this service.

But compared with the three other sites, NHS 111 did not reduce the overall number of emergency ambulance calls, attendances at emergency care, or use of urgent care services at the four pilot sites during the study period.

And contrary to expectations, NHS 111 did not reduce emergency ambulance incidents, which rose by just under 3% – equivalent to an extra 24 incidents per 1000 triaged calls, each month. 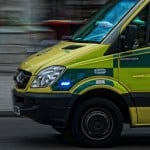 The authors estimate that this could translate into an additional 14,500 call-outs for an ambulance service attending 500,000 incidents a year. Nor did it curb overall emergency and urgent care activity, which rose by between 5-12% per month at each site.

The researchers point out that a triage system designed to be used by handlers without clinical expertise will inevitably err on the side of caution and might offer less flexibility than one designed for clinicians. In the accompanying podcast, Ms Turner suggests that this issue may resolve as the service matures and the handlers gain more confidence.

And the provision of a single point of telephone service that quickly guides people needing urgent care advice to the most appropriate service “is sensible,” given the public’s confusion about which service to access, they say.

NHS 111 also offers an easily remembered number, with an emphasis on fast triage and smooth transfer to ‘the right service first time,’ all of which patients say they want, they add.

But the researchers say their findings raise other key questions, including the potential increase in volume of callers prompted by the planned closure of NHS Direct, and therefore the service’s sustainability, and whether NHS 111 is actually creating rather than curbing demand.

And they suggest: “It is probably unrealistic to expect any one service, such as NHS 111, to do everything, and real improvements may only be gained when a series of coordinated measures designed to increase efficiency across all services are implemented.”

The US is empire building in the South Americas

How much longer can the Greek debt saga continue?