Speaking at the Save Our NHS rally in Manchester on Sunday, TUC General Secretary Frances O'Grady told marchers that the NHS faces the gravest crisis in its history.

Frances, who spoke as the Conservative Party begins its annual conference in the city, said:

'The NHS faces the gravest crisis in its history. We are seeing privatisation on an unthinkable scale as core services are hived off to the lowest bidder, budgets are flat-lining, and huge efficiency savings are being demanded by ministers – all at a time of record patient demand.

'After promising there would be no top-down re-organisation, the government is wasting billions implementing reforms nobody wants and nobody voted for.

'GP commissioning groups are being forced to tender out new contracts to the private sector after being given assurances by ministers that they wouldn't have to.

'And companies like Circle Healthcare, which has donated £1.4 million to the Conservative Party, are being rewarded with billions in taxpayers' money to run key services.

'It is no surprise that the outgoing NHS chief executive warned this week that competition is harming efforts to improve patient care. This is what happens when hospitals and health professionals are stopped from working with each other and services become fragmented.

'But ministers don't seem interested in listening to the concerns of doctors and nurses because they would rather keep their friends in the private healthcare industry happy.

'Nor does the government seem interested in protecting frontline services. The Prime Minister said NHS spending would be protected, but we're seeing increased rationing of treatments, rising waiting lists, a growing number of closures and accident and emergency wards in disarray. 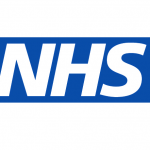 'In the last three months alone 21,000 NHS employees have lost their jobs, and those nurses, doctors and other health professionals that remain feel that no-one is listening to them and that they are being asked to achieve more with less. As a result morale is at rock bottom.

'This is no way to run our most important, most cherished national institution. Those who sacrificed so much during World War Two to build a better future for themselves and their families didn't want this.

'High-quality healthcare should be available for all according to need, not the ability to pay. Today is about joining together to deliver a clear message to the Conservative Party conference just down the road – our NHS is not for sale, not today, not tomorrow, not ever. We won't let this government destroy what has taken generations to build.'