The Deputy prime Minister will announce today that the UK has approved a landmark Free Trade Agreement between the EU and Korea.

Nick Clegg will make the announcement at a meeting with the South Korean Prime Monster, Kim Hwang-sik, whilst on an intensive visit to the country.

The agreement is expected to bring in Â£500 million of annual benefits into the UK as well as creating Â£2 billion of extra export opportunities boosting the already Â£6.5 billion in bilateral trade.

The UK already benefits from being Korea’s second largest European trading partner after Germany. Over half of the country’s investment within the EU in 2010 and 2011 was with the UK.

This would bring benefits to many business sectors such as energy, industrial machinery, jet engines, chemicals, low carbon, and pharmaceuticals, architects, civil engineering, as well as financial, legal, consulting, telecommunications and retail services.

The Deputy PM is also due to meet with South Korean business leaders, South Korea based UK businesses and see examples of UK innovation in South Korea.

The Free Trade Agreement is expected to save UK industrial goods exporters Â£75 million in duties every year.

Nick Clegg will also be announcing a new Host2Host agreement, which could offer millions of pounds worth of contracts to UK businesses helping to deliver the Asian Games 2014, the World Student Games in 2015 and Pyeongchang Winter Olympics 2018.

Nick Clegg said “I’m delighted to be here in South Korea, and to be able to tell Prime Minister Kim Hwang-sik that we have fully approved the Free Trade Agreement. It underlines the UK’s commitment to fostering stronger trade links with the world’s fastest growing economies. This FTA alone could add Â£500 million per year to the UK economy and create Â£2 billion of additional export opportunities for UK businesses . It marks a new and even stronger era for trade between the UK and South Korea, and will mean more jobs in the UK and a significant boost to our economy.

The best of British design, innovation and services will have even greater opportunity to show their strength in South Korea. UK and Korean companies will be able to form alliances on multi-billion pound projects across the world.”

During his visit to the world’s 12th largest economy, the Deputy PM will, apart from the FTA and Host2Host agreements, be attending the Nuclear Security Summit on Tuesday 27th March. 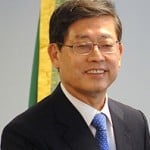 He will also meet with South Korean ministers, the Chair of the South Korean National Pensions Service and businesses such as Samsung.

The UK has also agreed to become a founding member of the Global Green Growth Institute, a Korean led initiative, through which developing countries will be helped to maintain their natural resources while helping their poorest as their economies grow.

Where to Invest When Key Stock Indices Struggle to Climb Higher

Gibraltar and the UK nuclear deterrent