The Deputy Prime Minister, Nick Clegg, has said that he wants to see the UK’s rich taxed properly.

The LibDems would also be happy to consider allowing the coalition government to drop the 50p top tax rate for the wealthiest if they could ensure that they paid their fair share via other means.

There is an old saying, which governments of all colours have adhered to in recent history:

Then the hard working rich will make jobs for the lazy poor goes the thinking. The fact that every ladder that a rich person is standing on is being supported by a vast army of poor people is just ignored.

This it seems is borne out when you read that the Deputy Prime Minister has (just) found out that the very richest use an ‘army’ of lawyers and accountants to avoid even paying the 20p tax rate, let alone the 40p or heaven forfend the 50p rate. Now there’s a surprise! Especially when you consider that he surrounded with hordes of the wealthiest and most privileged in the country.

And don’t think that this is just a Tory thing; remember that to get doctors to work for the NHS in the first place Labour had ‘stuffed their mouths with gold’.

This whole system seems to be based on the premise that greed is the best way to run an economy and that there are two types of people; those that work for pure greed and everyone else.

Those that work for greed ensure that they keep everything possible of what they earn regardless of how fair it is. After all greed is good and outweighs fairness yes?

The others obviously are working for bad reasons (other than greed, you know public servants and the like) so must be punished and fleeced even if it means using the state’s tax system to do it.

But Nick Clegg aided by his fellow LibDem MP and Chief Secretary to the Treasury, Danny Alexander, is determined to change this and drive the Â£10,000 tax threshold through to take whole swathes of society out of paying tax as well as clamping down on tax avoidance loopholes for the rich.

What Nick Clegg is looking at is a ‘Tycoon Tax’, a way of ensuring that people paid a set minimum of tax and could not use avoidance measures to get out of paying it. Details appear sparse at the moment about how this would be achieved as well as at what level it would be set. 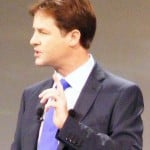 One way of hitting the well off that is being discussed is the limiting of tax relief on their pensions contributions. Another is the imposition of an annual ‘mansion tax’ on the most expensive properties.

"I think the principle of a mansion tax is a perfectly sensible one. The overall approach to bearing down on avoidance, closing loopholes, making sure the wealthy pay more of their fair share than less – that is what is more important to me at the end of the day." Said Nick Clegg.

But the Institute of Fiscal Studies has questioned how far raising the tax threshold to Â£10,000 actually benefits the poor saying that the second tenth richest would be best off in cash terms and the top 50% as a proportion of income. But it did say that it would increase incentives to work.