Nick Clegg, the Deputy Prime Minister, will announce today that the Regional Growth Fund will be increased by £1 billion to £2.4 billion.

This funding will be available to businesses and public / private partnerships who aim to create jobs and ‘make a significant impact on their local economy’.

He is also expected to confirm that the first two rounds of funding have resulted in 48 firms of the 176 successful bidders having completed their legal checks. They now have access to the fund which enables them to leverage their investment with £1 of public money for every £5 put in.

This is due to be announced at the Government’s National Manufacturing Summit being held at the Bristol and Bath Science Park.

Deputy Prime Minister Nick Clegg said “The Regional Growth Fund is already having a huge impact across the UK. So far there have been over 170 successful bids to the fund, leveraging around £7.5 billion of private sector investment and set to create and protect 330,000 jobs. I want to see more businesses that are confident they can create jobs and get Britain building and making things again, coming forward – making sure their hats are in the ring. Funding from rounds one and two has gone to some extraordinarily promising manufacturing projects. From Pirelli Tyres in Carlisle who’ll use the money to develop a new range of carbon-cutting tyres; to a Portsmouth based company which hopes to use theirs to create a cutting edge boat building college. These are the kinds of projects that will lead their communities into brighter times, helping put industry at the heart of the UK’s economy. Businesses have until June to apply for a share of this extra £1 billion.”

Ahead of this announcement Nick Clegg will be joined y the Business Secretary, Vince Cable, at GKN Aerospace in Bristol to open GKN’s new £150 million manufacturing centre where Airbus A350 wings are to be constructed. When fully operational the centre will employ 250 people making the 27 metre long wings.

Business Secretary Vince Cable said “The Regional Growth Fund is starting to make excellent progress. Already 48 firms have started to access their funding, and around a third have started their projects as they go through legal checks. This means jobs are being created, money is being invested and the fund is making a difference. But we cannot be complacent. The additional £1 billion in the fund will help us maintain momentum around supporting even more businesses and encouraging the creation of new jobs. Many of the successful projects from rounds one and two were manufacturers and the sector remains one of our national success stories. Manufacturing lies right at the heart of the Government’s strategy for economic recovery and growth.” 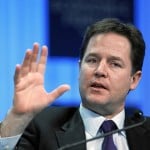 The ‘See Inside Manufacturing’ initiative, which was introduced last year to let young people go behind the scenes of the UK’s world-class automotive plants is going to run again this year and be extended to aerospace, defence as well as food and drink.

There will also be an announcement at the Summit that another 23 ‘Industry Champions’ have been added to the ‘Make it in Great Britain’ campaign to bring the total to 30. ‘The Champions – who are leaders in their field across a variety of sectors within manufacturing – have signed up to lend their support to the campaign, which culminates in a six week exhibition at the Science Museum this summer during the Olympic and Paralympic Games.’ Says the government’s release.