Nick Clegg has once again revived his plans for a Mansion Tax to great yawns across the Country.

The truth is that the tax will not bring in much money and most likely simply cause millionaires to spend more on houses abroad.

Maybe Nick could instead consider the American approach. Eliminate Council Tax and replace it with a local income tax. It is horrible that folk pay taxes on property even if they do not earn anything. Pensioners should not pay taxes on their houses and we should encourage their self-sufficiency. Following this step would be a massive move towards resolving the pensions crisis.

Have the local income tax administered by HMRC as a simple adjustment to the main income tax code, and there would be little to no administrative over-head, with everybody following the same process. Incidentally, Council's spend over Â£1billion a year collecting Council Tax. Since Council Tax brings in Â£24.9bn a year, you would be able to slash the overall rate by 4% with the same amount reaching government coffers.

Next, incorporate the central government grant into the local income tax rate so people have a true picture of the total cost of local government. This would be a simple re-apportionment from Income Tax and other taxes towards the Local Income Tax rate. Suddenly, you would find the vast majority of Millionaires would pay a higher chunk of local service charges and, they would immediately begin the process of getting involved in local politics, campaigning for lower taxes for everybody. Everybody else would also become more interested in local politics. Maybe that is why they are keen to hide the true cost via the central government grants? 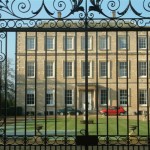 Similar benefits would be found merging Business Rates with Corporation Tax. This would transfer burden from small family businesses to larger corporations and, provide breathing space for smaller, growing businesses.

Ideas for then reducing the vast cost of local government? For a start, we need central government to reduce the overwhelming burden of mandates on their service provision, many of which come from EU Directives. There should also be a legalisation of privatisation for monopoly services, such as bin collection, recycling and land-fill.