Nicki Minaj and Rihanna close to fighting at VMA awards

Nicki Minaj and Rihanna came very close to fighting at VMA awards not long after the two posed for photographs together.

The rift was reported in Media Takeout [1] and it does look as if the two high profile singers were close to entering physical fisticuffs with Rihanna having the height advantage whilst Nicki could have stuck a sneaky uppercut to the Barbadian beauty.

It is not believed that the friction was the result of any disagreement over recent moves by central banks that have the potential to debase currencies nor is it suspected that the erosion of democracy enforced at the behest of the political and financial elite had anything to do with it.

But as is reported in the aforementioned website, the pair were at odds because of the costly feud between Rihanna's ex-boyfriend, Chris Brown and Drake which Ms Minaj believes is being manipulated by Rihanna.

The feud is speculated to cost the artists in the region of millions.

And to make matters worse Nicki is friends with both Drake and Brown.

Rihanna and her congratulatory hug were snubbed by Nicki after she received her award with Nicki apparently saying words to the effect of "please take the weight of your feet you female member of theÂ canine family" but said in a much more intense and direct manner. 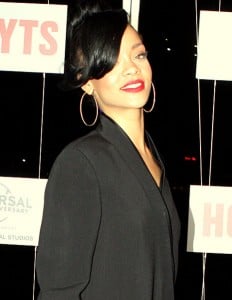