Earlier this week the UK Independence (UKIP) leader, Nigel Farage, became a target after saying that women who take time off of work were 'worth less' to the City.This led to a barrage of criticism from certain quarters like the Maternity Action Group and the Labour Deputy Leader, Harriet Harman.

What Nigel Farage did was state the position as he saw it, he did not say that he criticised anyone for having children, just that there were choices involved. He said that, in his estimation, the City was placing value on people depending on their situation.

Far from criticising working mothers as the Maternity Action Group would have us believe, he was pointing out that they should just be aware that business needs to get on while they are away and will, in most cases, leave them trailing behind those (including other women) that remained. That for me is someone saying it as he sees it.

Now, if Harriet Harman believes what he says is 'absolute rubbish' maybe she could show instances of where women who have taken time off of work to have a child have then returned months or years later back on exactly the same pay and bonuses as well as being on the same promotional path as those that stayed. It's also telling that none of the big City players appear to have come forward with this type of information. In fact, without proof of this it shows that Mr Farage is right – the City does put less value on those who take time off of work to have a child. 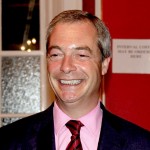 Now as to whether it is right for the City to take this view is another matter. But it is a very difficult problem to resolve so it's far batter to shoot the messenger than tackle the real root problem. Especially if you have a dislike of UKIP; you can then twist your response to try and make it look like Mr Farage said something that he did not actually say so placing him on the defensive.

Society already places motherhood and fatherhood above other reasons for absence from work with such things as maternity pay and leave. Compare that position with someone who feels they need to travel the world for six months to broaden their mind; what would an employer tell them? Also, consider if someone decided to take their final six months out of a degree course to have a child, what would the university (and the other students for that matter) say to being told that the student would not be doing the coursework or final exam but would turn up for the ceremony to pick up their certificate (the class based on previous work of course)?

Instead of castigating those that point out the truth as they see it we need to take a more balanced view and ask the real question, how much further should we go in supporting those who take time off of work to have children?

Where next for Greece after Syriza's election victory?

Is the establishment really hiding a giant paedophile ring?