The UK Independence Party (UKIP) leader, Nigel Farage, has widened the immigration debate by saying that a reduced economic growth is preferable to unfettered immigration.

With many people arguing that we need immigration to keep our essential services going and our economy growing as fast as it can to get on top of the deficit and eventually the national debt he is flying in the face of an accepted ‘wisdom’.

Quoted in the Telegraph Mr Farage said: “If you said to me, would I like to see over the next ten years a further five million people come in to Britain and if that happened we’d all be slightly richer, I’d say, I’d rather we weren’t slightly richer, and I’d rather we had communities that were united and where young unemployed British people had a realistic chance of getting a job.”

He then went on to say that the social aspects of open door immigration were more important than the economics.

He did also say that he believed the economics argument to be flawed as it did not take account of in-work benefits that may be paid to some immigrant workers.

I would go further and say that we may not have priced in the cost of belonging to the EU in the first place as well as such things as the pension rights that are being accrued to these workers that will need to be paid when they retire, even if they move back to their home countries in the meantime. 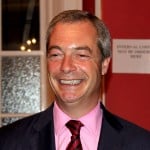 But the debate should be widened further and real questions should be asked about the damage that must be inflicted on countries such as Romania and Bulgaria.

The UK is one of the culprits stripping these two states of many of their much needed workers. How can their politicians and businesses possibly build up these countries if they have fewer people in them to do it? After all, workers that benefit a host country must surely be a loss to the home country? If we need every pair of hands we can get then, by the same token, so do they. Are we that selfish in our economics and political beliefs that we would do this?

Just look at the population of Bulgaria over the twelve years 2000-2012, it has been declining and that country had a birthrate in 2011 of just 1.51 children per female. How can the hoovering up of vast swathes of their workers by the rich countries in the EU be good for that country? 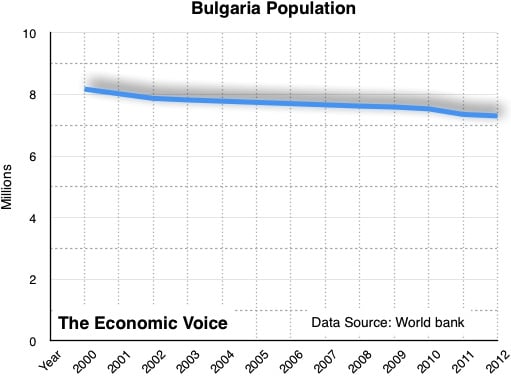 Now look at Romania. That country’s population is also falling and their birthrate in 2011 was just 1.25 children per female so the same question applies. 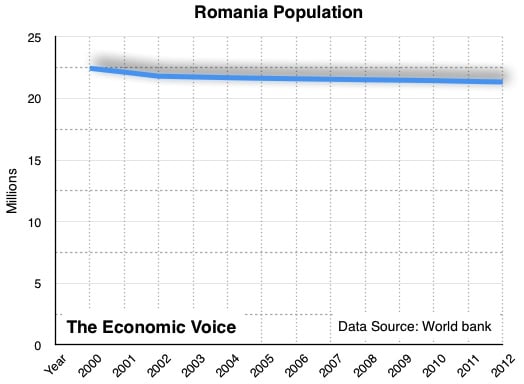 And by the way there are some more graphs here where you can see what has happened to these and other countries’ GDP etc over those twelve years as well.

So the UK has an economy that depends on an ever increasing population but other countries benefit from a falling population? Maybe we need to check out how they’re doing this and adopt their economic model. Unless of course there is a large amount of EU political and financial largesse flowing in one or other direction and, if so, this should also be taken into account when measuring the economic benefits of immigration.

Also, would it not be better to encourage their people to stay in their countries and prevent the damage caused by what must be, in effect, a brain and skills drain that adversely affects the remaining population?

So why is the EU machine happy with this situation? Well, that can only be answered when you understand the EU’s federalist ambitions where putting the politics of the EU and the rights of individuals in it above the sovereignty of member states and their power to look after themselves is part of the plan.