This is a must watch video for all those people who think that the UK Independence Party is a one policy band (video below).

Nigel Farage spent an hour on the Telegraph couch at 1 pm today (4th April 2014 – #phonefarage) with Tim Stanley and answered a very wide ranging set of questions that were phoned, e-mailed and tweeted in.

It shows that the UKIP leader does have opinions on a whole raft of political matters, not just the UK’s continued membership of the EU.

One of the remaining questions will of course be whether UKIP = Nigel Farage = UKIP, a question that Mr Farage went some way to answering during the session by saying that we have seen more other UKIP people, such as Patrick O’Flynn, Tim Akers and Diane James, not forgetting Roger Helmer on Question Time a couple of episodes ago.

As UKIP more and more captures the public’s imagination Nigel Farage and the party will grab more and more of the available media space (presumably much to the chagrin of Yasmin Alibhai-Brown) giving them more chances to put their case to the public.

Judging by the tone of the questions asked (this is my personal view) it seemed that more than half of them were posed by people verging on giving their vote to UKIP but they just wanted a little assurance on some key policy areas. At least Nigel Farage gave them straight answers from the hip – the question is whether they liked the answers or not. 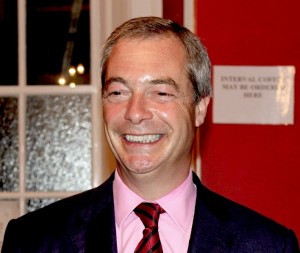 The EU machine feathers its own nest

Mexico's president to deliver State of the Union address