'No' answer still leaves tax questions for a devolved Scotland

Bloomsbury Professional, a leading tax and accounting information group, says that despite Scotland's decision to stay in the Union, there are still many significant questions on taxation in Scotland that remain unanswered.  These questions (below) relate both to new tax-raising and variation powers set in motion before the referendum, and to further devolution promised during the campaign.

Bloomsbury Professional points out that even before the referendum, the Landfill Tax and the Land and Buildings Transactions Tax (equivalent to stamp duty) were already scheduled to be fully devolved to Scotland, under the remit of the new Revenue Scotland.  Powers for a new, separate Scottish Income Tax rate varying from the main UK rate by up to 10p in the pound were also in place.

However, Bloomsbury Professional says that the relative success of the pro-independence campaign in demonstrating public support for change in Scotland suggests that we can now expect the Scottish Government to make more use of its tax-raising powers than has previously been the case.

"Taxation in Scotland is already changing substantially, and despite the 'no' vote, the strong feelings highlighted by the referendum means that that change now looks likely to be further and faster.

"The New Scottish Tax Series will help practitioners and businesses to prepare for and manage that change – the creation of Revenue Scotland and the introduction of a new income tax rate will take any business that operates in Scotland into completely uncharted territory." 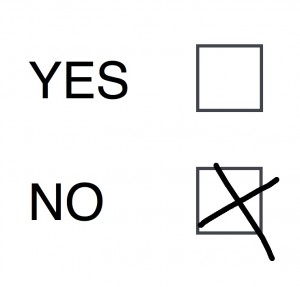 Scotland has voted 'No' to independence

The Scottish Parliament will have to set the new rate for 'Scottish income tax' by April 2016.  It is likely that there will now be considerable discussion over the scope of the discretion that Scotland will have to vary the tax rate, in addition to questions over implementation of the new rate:

1. How will Scotland and the UK deal with the newly created tax border and how will the tax affairs of the 110,000 who live on one side of the border and work on the other be affected?  Will they be pushed into self-assessment?

2. What will be the additional cost to businesses with employees on both sides of the border of the more complicated PAYE processes needed to deal with the two income tax rates?

The Scottish General Anti-Avoidance Rule (GAAR) will apply to those taxes that have already been devolved and will be administered by Revenue Scotland (this will not apply to Scottish Income Tax which remains a UK tax).  Unlike in the UK, no Advisory Panel has been established to help administer the GAAR rule.  To date, Revenue Scotland has not made any detailed commitments on its guiding principles, including how it intends to ensure fair treatment of tax payers.

3. What mechanisms will be put in place to ensure clarity and accountability in Revenue Scotland's decisions on whether transactions taken to tribunal have 'commercial substance'?

Questions about the further devolution of taxes

4. How long would it take to build the new tax administration system and staff a new Scottish tax authority?  Where can suitably qualified candidates be recruited from?

5. How far could HMRC be compelled to provide support for the new Scottish tax system during any transition period when it would not gain any financial benefit from doing so?

6. Who would be responsible for regulation of the accounting profession in Scotland? The Financial Reporting Council may not necessarily continue to regulate.

Starting Your Own Country

Be Careful: Russia is Back to Stay in the Middle East