India's Union Budget, announced on 28th February, broadly delivered what markets were looking for, but will have disappointed some expectations.

The expected pivot towards greater infrastructure spending was there, but more modest in scope than widely expected.

The budget also fell short in reform delivery; foreign lenders had hoped for greater relaxation of priority sector lending regulations than was delivered, and we saw relatively little detail on the introduction of the much vaunted Goods and Services Tax (GST).

The overall fiscal consolidation was also smaller than in the roadmap, but this comes as less of a surprise.

A welcome focus on infrastructure spending

Still, focusing on the positives, the shift to infrastructure spending was welcome. Subsidies were reduced by 0.5% of GDP (thanks largely to oil price falls), with this gain split between deficit reduction and infrastructure spending; targeted to rise from 1.5% to 1.7% of GDP. The increase is chiefly split between road and rail spending, following on from a well received railway ministry budget on the 26th.  In addition, a National Infrastructure and Investment Fund is planned; financed with £2 billion a year, it will be able to raise debt to finance infrastructure projects. In a similar vein, tax-free infrastructure bonds will be used to directly finance road, rail and irrigation projects. 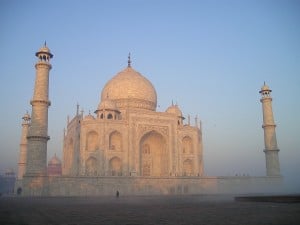 Another positive move is a phased reduction in corporate income tax, alongside the elimination of exemptions, starting from the next fiscal year. This should reduce the tax burden for most companies as well as simplifying the tax code generally.  It is also good to see the formal creation of a Monetary Policy Committee, which will pursue a mandated 4% +/- 2 inflation target, though this is subject to legislative approval. This is more of a long-term positive; the current governor of the central bank is undoubtedly independent and committed to lowering inflation, but a legal mandate will provide a framework for future governors to do the same even when they cannot win a clash of personalities.

On fiscal consolidation, the initial roadmap had suggested a deficit target of 3.6% of GDP, but Saturday’s announcement revealed a more realistic 3.9% target, down from the 4.1% deficit this year. We are not surprised by this and do not view it as a negative as such. What does provide some concern is that assumptions around growth (11.5% nominal GDP forecast) and revenue to be raised from disinvestments (0.5% of GDP) look to be slightly optimistic. Consequently, there is a risk of fiscal slippage and cutbacks to budget outlays, potentially on the infrastructure side.

Overall, we view the budget as a positive development, if slightly more gradualist than we had initially expected. Sentiment on India should remain positive, though there may be implications for monetary policy. Central Bank Governor Rajan had said rate cuts would depend on the fiscal path taken by the government, and this budget may not be decisive enough to persuade him to maintain an aggressive easing cycle. Expectations for an off-cycle rate cut in March must now be subdued, though April easing still seems assured.