The fear of technology replacing humans is a popular fiction theme with historic roots.

In the 1770s, an English weaver named Ned Ludd smashed two knitting frames after he was whipped for being idle.

A quarter-century later, workers calling themselves "Luddites" routinely broke mechanical looms they feared would displace them.

More recently, anxiety about artificial intelligence taking over decision-making tasks has become a point of discussion in the popular press. 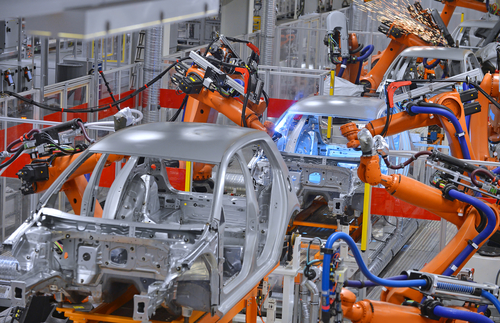 It's hard to resist news stories about technology taking over our jobs. Artificial intelligence is the latest target for our fear that something non-human will take over the world. Luminaries such as Stephen Hawking and Elon Musk are among those who have recently warned that AI can run amok if we aren't careful:

• Humans evolve too slowly compared to technology and especially AI, Hawking told the BBC in December 2014. Fully-developed AI, he said, could "spell the end of the human race."

• AI "is our biggest existential threat," Musk told an MIT audience. ComputerWorld reports he compared it to demons.

This kind of thinking easily reopens the old fears that technology will start by taking our jobs. (After that, AI will step in and make us their slaves.) Not so, says Cal Tech's Professor Yaser Abu-Mustafa. "A machine that is evil and takes over…cannot possibly happen without us allowing it," he also told Computer World.

And we won't allow it because technology that doesn't work (including that based on AI) is quickly dismissed from the workplace. Complex technology has to be user-friendly, points out Apple Rubber, a leading designer and manufacturer of sealing technology. Emerging robotic technologies are more user-friendly than ever, it says in a blog debunking several techno fear-mongering myths. Programming them is simple and they can be switched out to handle different tasks.

While the press loves to discuss whether "robots are taking our jobs," the truth is that robotics makes people work smarter, and in safer environments. If it means taking away dangerous jobs, or reducing workplace injuries, is that such a bad thing?

• Robots are used to diffuse bombs, potentially saving hundreds of lives or preventing serious injuries among first responders and members of our armed forces each year.

• Robots are used to identify and remove objects in hard-to-reach and dangerous places like unstable mines, deep waters, and sewer systems.

• Sensors are added to existing robots to increase safety by providing intelligence and awareness of surroundings not easily seen by humans.

Robots are most often used to assist employees and help them work more efficiently. An inexpensive robot like the Baxter robot (base price $25,000), for example, frees workers from hunting for tools by holding pre-selected ones and handing them off as they are needed. It lets employees focus on their work. In the industrial world, employees can move into more advanced areas once they have mastered certain skills.

Quoting a robotics industry expert, Apple Rubber notes that the industry itself will need 1.5 million employees in 2016 to help design and build. Some will no doubt bring experience directly from factory floors.