Each Autumn the Nobel Foundation announces its annual awards. There are five ‘proper’ Nobel prizes – for Medicine, Physics, Chemistry, Literature and Peace. These five awards were established by the will of Alfred Nobel and have been made every year since 1901.

Clearly economists felt a bit left out, because in 1968 the Swedish central bank established a separate prize for Economic Sciences. Technically, this is not a Nobel prize – although the principles are the same as for the Nobel prizes, it is funded differently and the descendents of Nobel himself are categorical that neither he nor his heirs ever intended to establish a prize in economics.

Nonetheless, due to its proximity to the proper Nobel Prizes, the economics award is often called one itself. This year, it went to two academics who are probably unheard of outside the profession: Lloyd Shapley of the University of California, and Alvin Roth of Harvard, who will shortly move to Stanford.

Shapley and Roth are most famous for their work with game theory, as reflected in the prize announcement, which was awarded for ‘the theory of stable allocations and the practice of market design’. In English, this means that they managed to work out ways to match people to services, or people to one another, that would be likely to endure. In this vein, their work was far more central to economics than is might first be assumed; at its core, economics is all about the problem of how to allocate resources.

This matching work is perhaps most famous for the ‘stable marriage problem’, on which Shapley published a famous paper with David Gale in 1962. Imagine there are four (heterosexual) men and four women who want to get married. The question is how to ensure that stable marriages result – so that no couple has an incentive to break up and form a new couple once they are married. Shapley and Gale showed that, by allowing men to propose to women (or vice versa) in different rounds, and letting women ‘trade-up’ to partners they preferred in subsequent rounds, eventually everyone would get married, and no couples would break up. 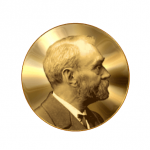 Like all economics, this example is a simplification of the real world; in practice people’s tastes can change over time, and all too often men in particular seem willing to risk their marriages for short-term gratification. But the matching algorithm can be applied in other settings, such as the need to match medical students to hospitals. Alvin Roth’s work focused first on this area, as the American matching system was built on the foundations of Shapley and Gale’s work. In 2003, Roth then redesigned the system for matching school students to high schools in New York, before then working on Kidney Exchange. In using Shapley’s insights in real-world applications, Roth has improved the way important parts of the world work for ordinary people.

Shapley and Roth are good examples of where economists can have a positive impact, and address real-world issues. Game theorists more generally have been frequently recognised by the Prize Committee in recent years. Regrettably, macroeconomists cannot match their performance; the big economic problems still need addressing. But this year’s award is a timely reminder that economics can still sometimes be useful.

A Strong Dollar Is Being Forged in Frankfurt and Beijing