Nominal income targets: an old wine in a new bottle

Speaking at the Institute of Economic Affairs State of the Economy Conference, Charlie Bean discusses the UK’s inflation targeting regime, and in particular considers the arguments for and against a nominal income target. He points out that this debate has resurged of late, but dates back to at least the 1970s.

He notes that under the current inflation targeting regime, while the MPC’s primary objective is to maintain price stability, subject to that, they are also expected to support the government’s policies for growth and employment. “If [the Monetary Policy Committee] had tried to offset the impact on consumer prices of, say, sharp movements in import prices… that would necessitate inefficient fluctuations in activity and employment”.

Charlie Bean suggests that “in a normal environment, nominal income growth and inflation targets generate similar responses to aggregate demand shocks”. Some have argued that nominal income growth targets are more “forgiving” than inflation targets in response to supply shocks. But he argues that this has not really been the case with inflation targeting, as practised in the UK and elsewhere. That is because the framework allows for an accommodating response to cost shocks so long as it is consistent with inflation being stabilised in the medium term. To illustrate that, he shows that in the UK, nominal income growth has been close to 5% for much of the MPC’s history. And in the case of the sharp fall in nominal income following Lehman’s failure, the collapse in demand was so sudden and deep that there was no way that monetary policy could have been relaxed early enough and by a large enough amount to have prevented the decline in income, no matter what the target.

Charlie Bean argues that a nominal income levels target would involve rather different policy settings to an inflation target. Under such a regime the MPC would be tasked with returning nominal income to a continuation of its pre-crisis trend line in response to economic shocks. In theory, such a target may be a useful way to influence expectations, particularly when policy is constrained by the zero lower bound on interest rates. It acts to persuade people that if there is a large negative demand shock, interest rates will be “loose for longer” than under the present inflation targeting regime because they know the MPC will need to close the shortfall in the level of nominal income. Those lower expected future interest rates directly boost demand today. But the policy also generates higher inflation in the future, thus producing a second source of downward pressure on future real interest rates, which also raises demand today. Charlie Bean shows that in standard economic models this expectations channel can be powerful enough to deliver a substantial economic benefit when interest rates are at their zero floor. But he raises three real world caveats. 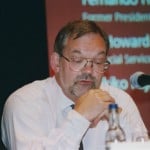 First he notes that in standard model simulations, a large negative demand shock generates deflation, which drives up real interest rates, further depressing demand. But in contrast, inflation in the UK has averaged well above target in recent years, suggesting there have been negative supply shocks as well as negative demand shocks. The advantage of a levels target for nominal income is less clear under those circumstances. Second, a nominal income level target will mean tolerating periods of higher than normal inflation. Models don’t capture the risk of such a policy. Demand may be depressed as savers worry about the real value of their assets. Long term inflation expectations may get pushed up and it could be costly to bring them back under control. Third, holding interest rates at very low levels for a long period, which would be required by a nominal income levels target, may generate credit / asset price booms and financial imbalances and so threaten financial stability. Overall one needs to be cautious about committing to loose monetary policy long after the economy has normalised.

Charlie Bean concludes that it is sensible to review the monetary framework from time to time, but there is a danger in expecting too much from monetary policy. “The Great Recession of 2008-9 was unlike earlier policy-induced downturns….it should not be surprising that the recovery since the middle of 2009 has been so muted”. Central bank policies “cannot – and should not seek to – prevent the necessary de-leveraging and rebalancing of production away from non-tradables towards tradables. That is a real process that takes time and means that the recovery is likely to remain somewhat subdued by historical standards.”

Image by Library of the London School of Economics and Political Science [Public domain], via Wikimedia Commons