• One in twenty (4.2%) will spend Christmas Day shopping online
• One in three (35.1%) Brits will not eat turkey for their Christmas meal
• Almost a fifth (15%) do not intend to send any Christmas cards
• One in ten (10.3%) Londoners will not buy presents

Brits are moving away from the idea of a 'traditional' Christmas this festive season – but shopping will play a bigger part than ever. Research conducted by leading ecommerce partner Webloyalty has revealed that less than two thirds of Brits (64.3%) intend to spend Christmas Day having Christmas lunch with their family.

The study of over 2,000 consumers by Webloyalty revealed that Brits are becoming savvier spenders this year, with nearly a fifth (16.9%) expecting to take advantage of the seasonal sales before Christmas Day. Almost one in twenty (4.2%) intend to spend Christmas Day shopping online, showing that Britain is keen to snap up bargains during the festive period. Retailers are in for a pre-Christmas sales rush, with nearly a quarter of respondents (24.1%) planning to use the sales as a way of buying last-minute gifts.

The research showed that more than a third (35.7%) of Brits will not spend Christmas Day having a family meal, generally thought of as the traditional way to spend the day. Roast turkey is also losing favour with Brits, with one in three (35.1%) respondents planning to eat an alternative such as chicken (15.3%) or ham (14.2%). Surprisingly, one in twenty (4.8%) intend to eat steak for their Christmas meal in Britain, with over one in ten (10.5%) respondents in Scotland preferring steak to a traditional roast. 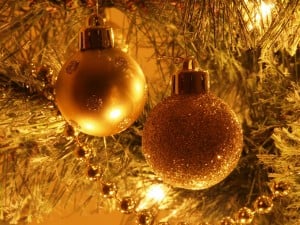 Londoners are the least concerned about the spirit of giving, with a fifth (20.1%) not planning to send any Christmas cards, and more than one in ten (10.3%) not buying any Christmas gifts at all. Londoners are also wary of breaking the bank with essential Christmas purchases such as gifts, food and decorations, with 15.2% not intending to buy anything special for the festive period.

Despite 92.4% of Brits plan to spend Christmas Day watching TV or films, the Queen's Speech is losing popularity – only 14.4% of those watching TV plan to tune in this year. The traditional family activity of playing games is also losing favour, with just over one in ten (12.2%) of respondents planning to spend time competing with family around a board game. Of those choosing to play board games, traditional options are the most popular with Trivial Pursuit (7.4%), Monopoly (6.8%) and Scrabble (5.9%) taking the top spots.

"The research demonstrates that Christmas habits – and especially spending habits – in the UK are starting to change," said Guy Chiswick, Managing Director of Webloyalty Northern Europe. "As 15% of us are not sending Christmas cards at all this year, one in three not eating the traditional turkey, and one in twenty shopping online on Christmas Day, retailers need to be ready to offer alternatives to react to our evolving Christmas traditions and behaviours."

Is HMRC on the mend as staff morale turns corner?

Customers make the most of half term outdoors