The Korean Peninsula is now approaching a turning point, and there is a new opportunity for the European Union to play an important role amid changes and uncertainty.

The death of North Korea’s leader Kim Jong-Il and the transfer of power to his son Kim Jong-Un provoked uncertainty on the Korean Peninsula as governments awaited a signal from North Korea about the prospects for a new relationship with the outside world and at the same time prepared for unexpected events.

As for the short-term, it seems that Kim Jong-Il's policy line will continue. In the coming weeks and months, clues about the direction and shape of the new North Korean leadership are likely to emerge.

Experts familiar with the Korean Peninsula said that they see continuity and stability in North Korea even though Kim Jong-Un has to learn how to lead the country.

In Europe, EU officials interviewed for this article said that the transfer of power could offer the reclusive country an opportunity to emerge from isolation and open up to the outside world as it opens a window of opportunity to improve it relations on the Korean Peninsula.

The death of Kim Jong Il did not change the fundamental strategic interest the European Union has in North Korea, although, according to EU officials, it depends on a consensus and political will among EU member states to engage with North Korea.

The European Union should focus now on normalising relations with Pyonyang and considering a different approach. Both, The EU and North Korea have an interest in achieving rapprochement as the current situation produces distrust and suspicion.

Normalisation of the relations will make it possible for the EU to exert influence concerning matters of importance on the Korean Peninsula. It would also possibly break North Korea’s isolation and help North Korea pursue a more pragmatic approach to its regional relations by strengthening its diplomatic ties with its neighbours.

In early 2000 the EU missed a chance to play a more constructive role on the Korean Peninsula as at that time the North Koreans considered the EU as an honest broker.

China's measured response to Kim Jon-Il's death is significant as the North Korean regime depends on China in its diplomacy, food and fuel aid.

China is seeking to prevent instability that could prompt an influx of refugees crossing the border with North Korea. From a Chinese perspective, the relationship with North Korea is both an important element in its contest with the United States and a source of concern over the cost of economic and diplomatic support for the isolated country.

China will keep a close eye on all official moves and declarations coming from Pyongyang and try to extend its influence there. For China, North Korea is a strategic asset especially as the United States regional re-engagement strategy in Asia runs against China's interests.

On the other hand, there are factions in the North Korean hierarchy that would like to decrease North Korea’s ever-dependence on China and expand economic ties with the West.

It is now the time for the European Union to step in with it soft power diplomacy, and more actively engage on the Korean Peninsula in a way that could, in the long-term, contribute to stability and at the same time the EU should reconsider its security engagement in the region.

A more active role by the EU has the potential to enhance the peace building conditions on the Korean Peninsula.

For many years the EU has been providing assistance to North Korea and has became one of the country’s largest donors in development and humanitarian aid.

The EU budget for 2011-2013, in humanitarian assistance to North Korea is â‚¬20-million. In July 2011 the EU provided food assistance to the tune of â‚¬10-million. The assistance was provided by supplying the UN World Food Programme with â‚¬8.5-million and another â‚¬1.5-million through a European NGO in the framework of the EU Programme Support Unit (EUPS) that distributed food for children.

The EU has a long experience in preventive diplomacy and could use this valuable experience to play a leading role as peace-builder and making the EU humanitarian presence an important factor in the region.

EU's security involvement on the Korean Peninsula would depend on the division of tasks between the European Union and its allies in the region as well as the type ofÂ security agenda that will be assessed there. 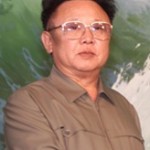 For a long time the EU's foreign policy towards North Korea was implemented on two tracks. On one hand, the EU has employed a firm stance in regard to North Koreas weapons of mass destruction and human rights issues and at the same time it took a moderate approach to development and humanitarian assistance.

On the other hand, the EU emphasised that there should be no direct linkage between politics and humanitarian issues. Despite the financial and humanitarian engagement in the North Korean crisis the EU has remained marginal player.

Instead of being an independent player in the resolution of the security crisis on the Korean Peninsula the EU seems to feel comfortable in the role of an independent payer.

It needs to develop a roadmap that can satisfy the neighbouring countries on the Peninsula and have a common view about what North Korea intends to obtain through its policy.

The EU can become a channel through which North Korea can interact with the international community as the European Union can still be a useful partner in the political dialogue with North Korea.

The EU should be more ambitious by taking a more effective role in the international security matters, and this should be a trend setter for a multilateral form of European foreign policy in our globalised world.

Climate and Copenhagen: success or failure