Not A Single UK City Is 'Super-Fast' For Broadband Yet

– Hull makes the least progress, with speeds increasing by little more than a quarter (26%) in the past year, plus it has the slowest urban speeds in the UK (10.5Mbps)

– Norwich's speeds increase by three quarters (75%) in just a year, but it's still one of the slowest UK cities for broadband, averaging 11.6Mbps

– Belfast is the only capital city with speeds of more than 20Mbps, outpacing London, Cardiff and Edinburgh.

New speed test data from independent price comparison and switching service, uSwitch.com, reveals not a single UK town or city is super-fast yet when it comes to broadband. The fastest urban area for broadband is Telford in Shropshire, but even here, average download speeds of 23Mbps still fall short of the super-fast minimum speed of 24Mbps.

The speed test data – collected from broadband users in the 50 biggest UK cities and towns – shows that Belfast is the only capital city with average speeds above 20Mbps. Even London, the financial capital of the world, is trailing behind what the Government classes as super-fast, with average download speeds of 17Mbps. Shockingly, almost a fifth of broadband users in London (19%) are getting speeds of less than 3Mbps. It would take almost six hours to download a BluRay film at this speed.

And although the average download speed across the whole of Britain has risen in recent years to 14.5Mbps, more than a quarter (27%) of postcodes suffer from sluggish speeds averaging less than 3Mbps.

In urban areas, Hull has made the least progress. In the past year, speeds there have increased by just 26% to 10.5Mbps. In contrast, Leeds has seen speeds rocket by 87% since 2012. Further south, Norwich is also making fast progress, with speeds up 75% in just a year. However, it's still one of the slowest UK cities for broadband, averaging 11.6Mbps. And its residents are still most likely to be struggling – over a third (35%) have not seen their average speeds break 3Mbps in the last 12 months, and neither have broadband users in Huddersfield and York. 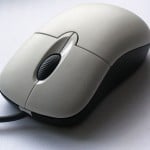 For the many still stuck in the broadband slow lane, Ofcom's recent research – which revealed that superfast broadband is now available to almost two thirds of the country (65%) – will be welcome news. However, too many consumers remain in the dark when it comes to upgrading to fibre – only a quarter of consumers (25%) know they can get it. And price still remains a barrier with almost half (48%) of those who don't have it, saying it's too expensive.

"The Government's blinkered focus on bringing super-fast connections to 95% of Britain by 2017 is all very well but, if they pull it off, it's only half the battle won. If people don't actually use super-fast broadband because it's too expensive, or they don't know they can get it, then what's the point? Uptake will be heavily dependent on both price and awareness.

"If you suffer from sluggish broadband, it may be worth checking if you can get superfast fibre. It might not be as expensive to get or as tricky to switch too as you may have feared.

"However, if you don't want it or are amongst the third of Brits who can't get it yet, there are some quick fixes which may help speed up your connection. Where your router is located can make a difference, so keep it off the floor and away from TV monitors, stereo speakers and halogen lights, or try boosting your speed by plugging in instead of surfing wirelessly."

Test your broadband speed at www.uswitch.com/broadband/speedtest/