Not Much for Retailers to Be Thankful for This Past Thanksgiving

Despite the retail sector’s every attempt to generate sales this Thanksgiving, from sharp discounts to being open earlier than ever, their efforts fell flat. It’s further evidence that the U.S. economic recovery is not as entrenched as many think it is, and once again shows the economic disconnect between Wall Street and Main Street.

In spite of high unemployment, stagnant wages, consumer confidence at a seven-month low, and a smaller number of people forecast to hit the shops over the Thanksgiving weekend, the National Retail Federation still predicted sales to grow 3.9% from last year. (Source: Banjo, S., “Holiday Sales Sag Despite Blitz of Deals,” Yahoo.com, December 2, 2013.) 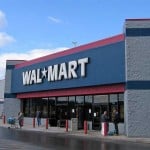 But it didn’t start out that way; in fact, most U.S. retail sector stocks were initially quite enthusiastic about their prospects. Wal-Mart Stores, Inc. (NYSE/WMT) had originally planned to open its doors at 8:00 p.m. Thursday night, but instead opened its doors at 6:00 p.m. Target Corporation (NYSE/TGT) said sales were among the highest it had seen in a single day online.

And maybe that’s the future of Black Friday weekend shopping?

Black Friday used to be the day when consumers hit U.S. retail sector stocks in full force. Today’s younger, savvier shoppers are more willing to not just compare prices in-store, but also on their smartphones and tablets—and this has translated into more online sales.

What does that mean for investors this holiday season? For some, it might be time to reevaluate and readjust their retirement portfolio if it contains a fair number of retail sector stocks. After all, weak consumer confidence, high debt levels, and high unemployment are not the best ingredients for an economy that generates 70% of its gross domestic product (GDP) from consumer spending.

More seasoned investors might see this retail environment as one flush with opportunities to short retail sector stocks. There are a lot of options out there; even some higher-end retailers are dealing with shoppers more motivated by price than logo.

While American shoppers are reigning in their retail sector spending this holiday season, they still rely on consumer staple companies. We might be able to go without a new TV, but we won’t forgo deodorant, shampoo, toothpaste, razors, makeup, or aspirin.

With more and more cost-conscious people using the Internet to shop, it might also be a good time to revisit online retail sector stock eBay Inc. (NASDAQ/EBAY). After all, shoppers may be staying away from busy shopping malls, but it’s hard to resist going online from the comfort of home to hunt for deals.

This article Not Much for Retailers to Be Thankful for This Past Thanksgiving by John Paul Whitefoot, BA was originally published at Daily Gains Letter