Now the Perfect Time to Get Back into Oil Stocks?

The price of light crude oil recently broke through the $100.00-per-barrel mark for the first time this year. Oil prices had been on the decline since early September 2013 when they touched a high of $110.00 per barrel. By early January, oil prices had dropped more than 17%, hovering around $92.00 per barrel.

Thanks to the frigid weather blanketing much of the U.S. and improvements in the country’s oil infrastructure, oil prices have since climbed more than nine percent.

In late January, a new oil pipeline opened that connects Alberta, Canada to the Gulf Coast refineries and export terminals. The pipeline is made up of a combination of the original Keystone pipeline running from Alberta to Cushing, Oklahoma, where it then connects with the new Keystone XL South pipeline, which carries on to Texas. (Source: Philbin, B., “Oil Pipeline Opens, Prices Surge,” Wall Street Journal, January 26, 2014.)

Cushing is the pricing point for the New York Mercantile Exchange’s West Texas Intermediate (WTI) contract, North America’s benchmark oil price. It is also America’s biggest oil storage hub. The southern extension of the contentious Keystone XL pipeline is expected to help eliminate the glut of oil in Cushing that has artificially skewed U.S. oil prices for three years, keeping it trading well below crude oil prices based on the European Brent benchmark.

Interestingly, the abundance of oil and increased flow of crude oil from Cushing to the Gulf Coast does not translate into a drop in oil prices. That’s because some of the so-called “extra” oil making its way to the Gulf Coast is being processed into fuels and shipped to other countries.

In fact, the recent increase in oil prices is considered a healthy sign that the crude oil bottleneck in Cushing is opening up. And even though oil prices are currently above $100.00 a barrel, oil prices are expected to average $93.00 per barrel in 2014 versus $97.91 in 2013. (Source: “Short Term Energy-Outlook,” U.S. Energy Information Administration web site, February 11, 2014.) 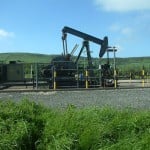 OPEC (Organization of the Petroleum Exporting Countries) echoed the EIA’s sentiments and said world consumption of crude oil will rise to 1.09 million barrels per day in 2014—a 40,000-barrels-per-day increase from its previous forecast. While not committing to any numbers, OPEC also said it sees potential for further increases in the supply of crude oil. (Source: Reuters, “OPEC Joins U.S. In Predicting Stronger 2014 Oil Demand,” Gulf Business web site, February 12, 2014.)

While oil prices are expected to average $93.00 per barrel in 2014, the increased demand for oil (driven by China and a rebounding U.S. economy) points to long-term growth. That means now is the perfect time for investors to start looking at oil and gas producers again.

Rosetta Resources Inc. (NADSAQ/ROSE) has operations in the Eagle Ford Shale region in south Texas. In 2014, Texas is projected to produce more than three million barrels a day; making it the eighth-largest oil producer in the world—ahead of Kuwait, Mexico, and Iraq. (Source: Jervis, R., “Lone Star state could become one of the leading oil producers on the planet,” USA Today, January 15, 2014.)

This article Now the Perfect Time to Get Back into Oil Stocks? by John Paul Whitefoot, BA was originally published at Daily Gains Letter.