According to new data from the CDO Club, the number of Chief Digital Officers (CDOs) doubled from 2012 to nearly 500 in 2013, continuing a trend of doubling each year.

The CDO Club conservatively forecasts that the number of global CDOs will double again in 2014, to 1,000 CDOs by the end of the year.

On Monday May 12th during his evening keynote at Digital Oxford Week in Oxford, England, Mathison also revealed, for the first time, statistics on the state of Chief Digital Officers in the U.K.

His Talent Map presentation includes the following statistics on CDOs in 2013:

• More than 100 (one third) of new CDO hires in 2013 were in Europe, including Austria, Belgium, Bulgaria, Czech Republic, Denmark, 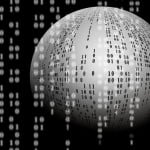 To better understand this CDO to CEO career path, Mathison reviewed hundreds of CDO profiles, and found that:

• 60% of CDOs in the ad sector were previously CEO, President, GM, or Managing Director

• 30% of CDOs in the media sector were previously CEO, President, GM, or Managing Director

"Given so many CDOs were previously CEO, it's no surprise that seven CDOs became CEO last year. The surprise here is that the number isn't higher!" said Mathison.

In addition, the CDO Club reports that four CDOs became Board directors in 2013.

He continued, "The Harvard Business Review reported that only nine companies—less than 2%—of the Fortune 500 have boards that are considered to be 'highly digital.' Great Britain's boards also suffer from a digital deficit: Only three companies on the FTSE 100 and FTSE 250 have three or more tech-savvy board members."

"If your board is looking for a digital Director—and it should be—the CDO Club is a great place to start your search," noted Mathison.

More details on Chief Digital Officers will be provided at the inaugural U.K. CDO Summit on October 29, 2014, at the BBC Media Centre in London.

About the CDO Club:

The CDO Club is the world's largest network of CDOs. It provides breaking news, original research, career development support, networking opportunities, and inspirational events such as the CDO Summit.