Property searches by HM Revenue & Customs (HMRC) to target tax evasion jumped by 12% in the last year* to 500, up from 445 property raids in 2012/13, according to data obtained by Pinsent Masons, the international law firm. This is more than triple the number of property raids that HMRC undertook each year between 2008 and 2011.

Pinsent Masons says that the sharp jump in property raids since 2011 is a result of HMRC’s sustained efforts to deliver its goal of increasing prosecutions for tax evasion. HMRC’s target is to prosecute 1,165 people for tax evasion in 2014-15, five times more than its 2010 target of 250 prosecutions.

According to Pinsent Masons, HMRC raids are often carried out early in the morning to catch suspects off-guard or during holiday seasons when a suspect’s legal advisers might be away. HMRC's objective is to seize as many documents and computers as quickly as possible.

“HMRC is making a huge effort to up the ante against tax evasion, raiding more properties and arresting more suspects to keep up with its criminal prosecutions target.

“They have just managed to hit a new record high.

“HMRC are also casting their net wider, not only going after the very biggest suspected tax evaders but also increasingly targeting middle class professionals, like bankers and lawyers. Even though the value of the tax evaded in those cases is relatively low, HMRC is keen to pursue those cases to the bitter end as a deterrent to other tax evaders.

“There has always been the problem that tax evaders don’t live in fear of HMRC. These raids and arrests are designed to give all tax evaders sleepless nights.”

Pinsent Masons adds that raids on homes and businesses to seize evidence of tax evasion and to make arrests are now increasingly being used to supplement HMRC’s traditional methods of running tax investigations – such as prearranged visits to review business records.

HMRC teams that undertake property raids also have the right to search individuals and many will have the power to make arrests without the presence of a police officer or the need to seek an arrest warrant.

Comments Jason Collins: “Raiding properties is partly about HMRC demonstrating the police-style powers that it has in a dramatic show of force.

“HMRC wants to send a very clear signal to individuals and businesses that evading tax has very serious consequences.”

A particular focus for HMRC is those who hide money offshore and it plans introduce a new "strict liability" offence of failing to disclose offshore income.

“HMRC's hand will be strengthened even further if it is given the go ahead to do this. This would make it easier to get a warrant to raid a property, as HMRC would no longer have to show a court there are grounds to suspect an intent to evade tax, just that tax was due and not declared, even if it was an oversight or error on the part of the taxpayer.”

"From 1 July, financial accounts (including interest in certain offshore trusts and companies) will become liable to reporting to HMRC.Tax evaders are very quickly realising that the places to hide are fast running out. HMRC is closing the net on suspected tax evaders and signing up offshore territories to ‘automatic information exchange’. Individuals and businesses who think they can escape HMRC’s anti-tax evasion drive should think again  – and should come forward to use the current amnesties which provide immunity from prosecution.” 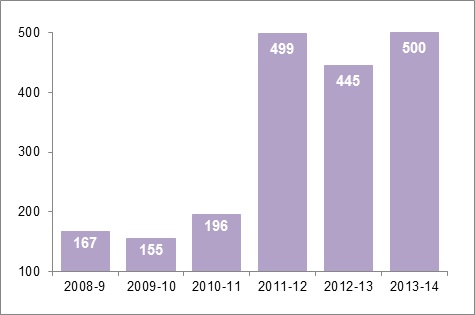 Are we looking at the return of the Drachma?