Obesity is draining the planet

There has long been the realisation that the numbers of humans cannot keep expanding ad infinitum on our very finite planet.

Indeed Thomas Malthus gave such a warning in his work “Essay on the Principle of Population” giving rise to the concept that the increase in the size of any population is ‘…necessarily limited by the means of subsistence’.

Most people when considering this would just look at the numbers of people living on the Earth. But a new report says that we should also take into account the size of those people as it is the total biomass that is the problem, not just the population numbers.

In ‘The Weight of Nations’, the London School of Hygiene & Tropical Medicine warns that increasing obesity has the same effect as increasing the population.

In 2005 says the report, the global biomass of all the adults was 287 million tonnes. Of this 15 million tonnes (the same is 242 million people of average weight) was down to overweight with the measure being where the Body Mass Index (BMI) was greater than 25.

3.5 million tonnes was due to obesity and this is the same as an extra 56 million people (1.2% of the world’s population).

With its high average BMI 12 adults in North America have the same mass as 17 Asians. In fact says the report if everyone on the Earth had the same BMI distribution as the USA it would be the equivalent of adding the mass of another 935 million people.

The point here is that these larger people need more energy to survive as they are, so are putting an added strain on the planet. This increases demand for food so puts prices up for everyone. How to make an obese person feel even worse than they do already.

“The energy requirement of species at each trophic level in an ecological pyramid is a function of the number of organisms and their average mass. In ecology, these factors are often considered together by estimating species biomass, the total mass of living organisms in an ecosystem. In relation to human populations, although much attention is given to the effect of population growth on food energy requirements, much less attention is given to the impact of increasing body mass.” Says the report.

But, it goes on, if everyone had the same BMI as the Japanese then total biomass would fall by 14.6 million tonnes, the equivalent of a reduction of 235 million people (5% of global population). Rice and sushi for all I say! And there are other aspects to obesity and the Earth as explained by Garry Egger and Boyd Swinburn in ‘Planet Obesity: How We're Eating Ourselves and the Planet to Death

But all that aside with the way the global economic system is constructed even if obesity in rich nations dropped one could bet their bottom piece of fiat currency that the food saved would never find its way into the mouths of the starving!

And now I just can’t get that horrid thought of lakes of quivering flesh engulfing our once luscious planet though.

Ah well, something else for the government to tax I suppose. 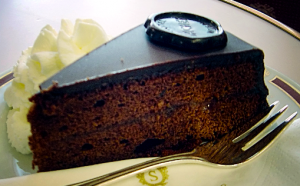 The Added Pressures of Breast Cancer in Younger Women