"The Office for Budget Responsibility has slashed its forecast for next year's wages growth from 3.2 to 2 per cent with reductions in years to come. Real wages are set to stay below their pre-crisis value until beyond the end of the next parliament. And public sector workers have been told that their real wages will be cut until the deficit has closed, which the OBR now expects to take the whole of the next parliament.

"The public spending cuts predicted by the OBR are simply terrifying. Making the cuts on the Chancellor's timetable will slash public spending per head from £5,650 to £3,880. That will take us back at least to the level of spending in 1948 and probably to the lowest spending levels for 80 years.

"This can only be done by deep cuts to vital services that threaten social cohesion and stability. As 60 per cent of the cuts are still to come, this will result in a revolutionary programme to shrink the state. 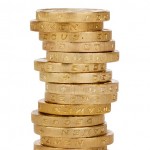 "Economic growth will be largely driven by consumer borrowing with the OBR saying household debt will grow faster than previously forecast until it's larger than before the recession – exactly the problem that caused the global crash in 2008.

"All of this is the price of failure of the Chancellor's strategy. He said that his policies would eliminate the deficit by next year. Instead we are now told it will be ten years. The worry must be that his policies will continue to fail and that austerity will become permanent with living standards continually depressed."

Ferrari – The World's Most Powerful Brand