Occupy London Stock Exchange LSX is back with aÂ vengeanceÂ as thousands return to StÂ Paul'sÂ Cathedral before marching onto the financial district.

Today is a global call to action by the Occupy movement, which last year saw some of the worst examples of state oppression across the globe such as the attacks in Oakland that saw protester Scott Olsen hit in the head by a gas cannister fired by riot police.

There are similar protests going on around the world as the 99% try to make their voices heard from as far away as Moscow where the Moscow Plaza has been occupied by brave protesters who are prepared to stand up to the brutal Russian police.

Madrid and Athens are also out in solidarity with the rest of the Occupy protesters who are standing up against a corrupt financial and political system that has irreparablyÂ marred the reputation of theÂ governingÂ class.

It is as simple as this, the people have had enough.

Even the UK Police have had enough and we have seen over 30,000 police officers march in protests recently over proposed cuts to pensions and the devaluation of the police force which has been turned into a means to control the British citizen as opposed to protecting the citizen.

I have spoken to many police officers recently who sympathise with the Occupy movement and as unimaginable as it sounds there may come a day when the Police are returned to protect the citizen from the state and the real criminals in the ruling classes and inÂ governance of our political and economic banking constructsÂ are held to account for their part in destroying the lives of ordinary decent hard working people.

Last year there was limited support for the Occupy movement which was givenÂ impetus from the birth of the Arab Spring, but this time things are more serious.

We live in a world where Greek mothers are being forced to sell or abandon their children on the streets because they cannot afford to keep them.

The rest of the world (in particularly European member states) is watching events unfold in Greece and the fear is that austerity at the behest of a few very powerful banks is going to eventually hit them as it has hit the Greeks and bleed their own respective economies and socialÂ infrastructuresÂ dry.

How rational this assumption is depends on the individual's perception of what is happening with the global banking system but one thing is for sure, the powers that be must not count on rationality when citizens are facing such extreme levels of poverty while those that put them there live high on the hog. 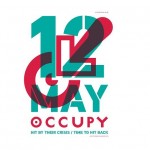 Oh, and the British government would be very foolhardy to expect the police to remain as restricted in their interpretation of the oaths they have sworn as they have been in the past.

Probably one of the main reasons that many join the police is for the pension. A prospective officer must weigh up a working career of being hit, punched spat at in favour of a decent retirement.

Take away the incentive and the recruitment willÂ disappear…..along with the loyalty of officers, many of whom are ready to stand shoulder to shoulder with protesters.

There will be conflict between protester and police in all the up and coming demonstrations, that is a foregone conclusion but not for a generation at least have the aims of the protesters been so noble and if that happens toÂ coincideÂ with the frustrations of the police we could be looking at a revolution where the accountable are held to account.