When looking at the total net amount borrowed, public sector net debt (excluding public sector banks) has increased by £70.4 billion in the financial year to October to £1,526.8 billion when compared to October 2014. PSND ex stood at 80.5 percent of UK gross domestic product in October 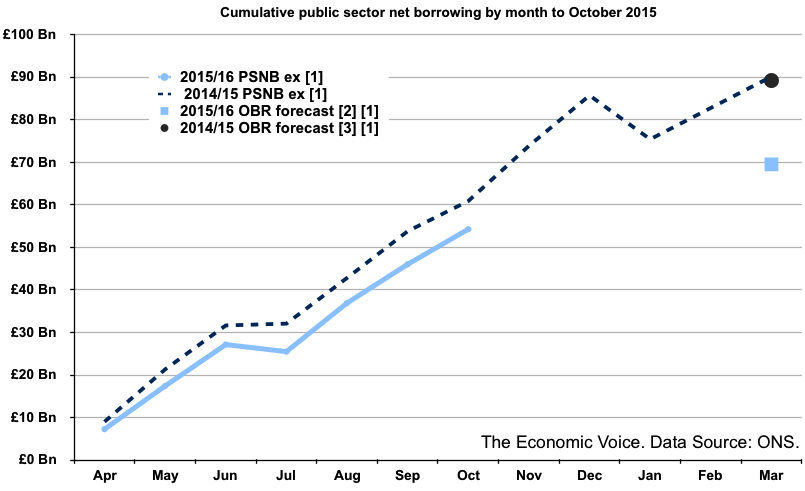 In the financial year April to October 2015 central government receipts were up by £10.5 billion (3 percent) on the same period last year to £354.8 billion. This was broken down as follows says the Office for National Statistics (ONS):

Central government expenditure increased by £4.5 billion (1.1 percent) to £402.6 billion over the same period.

John McDonnell MP, Labour’s Shadow Chancellor, responding to the news that the national debt has increased to 80.5% of GDP, and the deficit for October is the worst it has been in six years, said:

“These are very disappointing figures for the Chancellor which once again show the difficulty he's facing in meeting his own fiscal targets.

“In the Spending Review on Wednesday George Osborne needs to start being more honest with the British people and admit his political choice to impose austerity cuts was the wrong one to make.

“Rather than playing political games, George Osborne simply needs to reverse the tax credit cuts, fairly and in full, and offer a real commitment to invest in Britain's future through science, skills and world-class infrastructure.”