After last week’s sharp slump the Pound has been regaining ground, as the initial bout of ‘Brexit’ debate volatility calms and markets settle in for the long-haul ahead of June’s referendum. While the latest raft of UK mortgage and lending figures proved stronger than expected this was contrasted by weaker Manufacturing and Construction PMIs. Although the outlook of the UK economy is expected to remain more muted in the coming months a round of consolidation has helped to drive the Pound higher. Should Thursday’s Services PMI prove disappointing, however, Sterling is likely to return to a bearish trend.

It is looking increasingly likely that the European Central Bank (ECB) will opt to loosen monetary policy further at its March policy meeting, a prospect that has weakened the Euro this week. Eurozone inflation was found to have fallen further than anticipated in February, receding from 0.3% to -0.2%, which has upped the impetus for policymakers to introduce additional easing measures. Despite the Eurozone Unemployment Rate falling to a four-and-a-half year low the common currency is expected to remain generally out of favour ahead of the ECB’s decision.

Speculation over the outlook of the Federal Open Market Committee (FOMC) rose once again in response to Friday’s better-than-expected GDP and Personal Consumption Expenditure figures, as the US economy showed fresh signs of strength. Although the ISM Manufacturing Survey indicated that the sector remained in contraction territory for a fifth consecutive month the US Dollar was prompted to strengthen, as the figure edged closer towards a state of growth. Demand for the ‘Greenback’ could rise further if the latest Non-Farm Payrolls report demonstrates continued strong growth within the employment market. 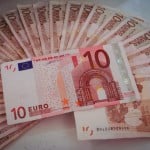 Despite some dovish concerns the Reserve Bank of Australia (RBA) opted to leave interest rates unchanged at Tuesday’s policy meeting, helping to reassure investors and shore up the appeal of the ‘Aussie’. While the Chinese Manufacturing PMI continued to contract, demonstrating persistent weakness in the world’s second largest economy, the probability of economic stimulus to come encouraged greater risk appetite in response. As the fourth quarter Australian GDP also bettered forecasts the antipodean currency strengthened further on Wednesday.

Although risk sentiment has generally improved the New Zealand Dollar has continued to struggle against rivals. Even though the latest GlobalDairyTrade auction saw the price of milk solids post its first rise since the beginning of the year traders have proven rather reluctant to buy back into the ‘Kiwi’. Markets remain divided over the likelihood of the Reserve Bank of New Zealand (RBNZ) voting to cut interest rates at its March rate decision, but the increasing probability of imminent loosening has nevertheless weighed on the ‘Kiwi’ as the prospects of the domestic economy remain bearish.

Some measure of confidence has returned to the Canadian Dollar after the latest raft of domestic data largely bettered expectations. Of particular encouragement was the fourth quarter GDP, which clocked in at 0.8% rather than the 0.0% that pundits had anticipated. With oil prices continuing to push higher above the $35 per barrel mark the ‘Loonie’ has seen a fresh surge in demand. This bullish sentiment may struggle to sustain itself, however, ahead of the Bank of Canada’s own rate decision.