Offsetting is a Massive Threat to Wildlife Environmental Groups Warn

The conference – ‘To No Net Loss of Biodiversity and Beyond’ on 3 and 4 June – will be addressed by Environment Secretary Owen Paterson who is soon to decide on controversial plans to allow developers to destroy precious wildlife habitat, provided there is an attempt to offset the damage elsewhere.

Such schemes are known as biodiversity offsetting, and FERN and Friends of the Earth are concerned that its introduction could allow developers to push through projects that would have devastating impacts on irreplaceable habitats and our wildlife.

New evidence published today by Friends of the Earth and FERN identifies a number of cases around the UK where offsetting is already being proposed by developers. This evidence and the accompanying photographs will be showcased in a public meeting in London tonight organised by environment groups from around the world.

One such case is Smithy Wood, near Sheffield, an ancient woodland much loved by local people, which is now threatened by a motorway service station. The developer has proposed planting new trees and improving management of another woodland to offset the damage, but local campaigners say they would still lose a forest that it would take 850 years to re-establish. 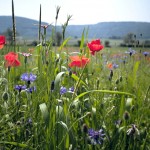 “Developers are already gearing up to use biodiversity offsetting to bulldoze some of our most precious wildlife sites.

“There is no clear evidence that biodiversity offsetting works – attempts abroad have frequently ended in failure.

“Owen Paterson should stop gambling with our green and pleasant land, abandon his ill-conceived offsetting plans and give UK nature the protection it so sorely needs.”

“The EU – which is considering similar legislation – should watch closely before going further.

“Together we can prevent offsetting from creating chaos and upsetting nature laws across Europe.”