• Cut-and-paste reports: judgements copied verbatim from one inspection to another

You can read the report, 'Playing the Game: The enduring influence of the preferred Ofsted teaching style', here – www.civitas.org.uk/pdf/playingthegame.pdf.

Despite repeated claims by the Chief Inspector of Schools, Sir Michael Wilshaw, that Ofsted no longer prefers a certain style of teaching, a forensic examination of hundreds of Ofsted reports has uncovered evidence that the bias persists.

Sir Michael has recently dismissed concerns about Ofsted inspectors' preferences as "unwarranted and over the top", insisting that practices have changed under his leadership.

But today's research shows that his recent interventions have led to superficial changes in the language of written reports without tackling the fundamental judgements of inspectors who show an aversion to direct teacher instruction and instead favour pupil-led learning and group work.

This preference is not sanctioned by Wilshaw or Government ministers and is based on contentious beliefs among individual inspectors that such an approach to teaching is superior.

Yet, as a result of Ofsted's approach, schools feel under pressure to conform with this particular expectation, putting on "jazzy" lessons for inspectors and not fully embracing the autonomy they have been granted under government reforms.

Robert Peal, a history teacher and education research fellow for Civitas, recommends the abolition of the "quality of teaching" grade in Ofsted reports and backs calls for an end to formal lesson observations. This would help shift the focus away from teaching methods and onto outcomes.

Measures taken so far have failed to curb the influence of the child-led teaching orthodoxy and the profession is far from being reassured that they are now free to teach as they believe best.

"The most pressing concern for classroom teachers remains the continued existence of a preferred Ofsted style of teaching," he writes.

"Wilshaw has publicly stated that this 'Ofsted style' of teaching is a thing of the past, but this will not be the case whilst the quality of teaching grade remains. For this to happen, far more robust action is required."

Explicit, widespread evidence of bias in Ofsted reports in late 2013

• 52 per cent showed a preference for lessons in which pupils learn "independently" from teacher instruction;

• 42 per cent showed a preference for group work;

• 18 per cent criticised teachers for talking too much;

• 18 per cent criticised lessons because the pupils were deemed "passive";

• Only one example of an inspector recommending a more teacher-led approach.

The language of Ofsted reports changed markedly in 2014… 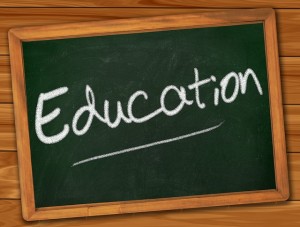 In December, new subsidiary guidance for inspectors was issued by Ofsted, stating that they should not show a preference for a particular style of teaching. In January, Wilshaw wrote to inspectors saying: "Please, please, please think carefully before criticising a lesson because it doesn't conform to a particular view of how children should be taught."

To quantify the extent to which the Ofsted style has receded from reports following these interventions, Peal studied 130 reports of inspections conducted between 7th January 2014 and 6th March 2014.

There was a marked change in the indicators:

• Only 8 per cent (down from 52 per cent) demonstrated a preference for pupil independence;

• No reports (down from 18 per cent) criticised teachers for talking too much;

…but the fundamental problem has not been tackled

These surface trends may appear encouraging, but there is further evidence that these changes are largely superficial and that the fundamental problem remains. While the language of the final reports may have changed, there remain reasons for concern:

• Reports are being redrafted more carefully to ensure certain tell-tale signs of bias are not included. Teachers have observed that the gap between inspection and report publication has lengthened since January. Vitally, there are also examples of reports being edited post-publication with changes being made to remove style-of-teaching bias. This suggests the changes being made are shallow, with inspectors still making judgements about schools based on their own style-of-teaching preferences – even if those views are excised from the final report.

• The same judgements are being made – but in slightly different language. Ofsted inspectors have been given a list of banned phrases and suggested alternatives. Guidance from independent service provider Serco for inspectors suggests instead of "not enough opportunities to engage in independent learning", writing "pupils are not able to find information for themselves", among many other examples;

• Inspectors are still demonstrating a preference for child-led teaching methods in their verbal feedback. This practice was corroborated by a series of teachers who responded to Peal's call for evidence. One said: "Too much teacher talk is often verbally mentioned in feedback but due to new criteria, not written down."

"The findings suggest that though there has been a marked decline in such language in written Ofsted reports, actions taken so far to combat the preferred Ofsted teaching style have been largely superficial," Peal writes.

"If inspectors continue to make judgments based on their preference for child-led teaching methods, whilst hiding such a judgement in the written report, we could enter a dangerous new situation.

"Schools that trust Wilshaw's reassurance may feel sufficiently brave to abandon the preferred Ofsted style of teaching, but still be penalised for doing so when an inspector calls."

There was evidence of one inspector cutting and pasting judgements from one report to another, including the claim: "Students who talked to inspectors said that they learn best when they are able to discuss, question and apply what they have come across in their lessons…"

The same line appeared in two different reports, casting doubt on how individualised either had been. There were numerous examples of near-verbatim phrases appearing in different reports by the same lead inspector.

Proposal: quality of teaching grades should be scrapped

Peal calls for Ofsted to focus on finding and combatting failure rather than inspectors imposing their personal prejudices on every school.

As part of that, he proposes, the "quality of teaching" category should be removed from Ofsted reports.

There should also be an end to Ofsted 'best practice' guidance for schools.

He also backs existing proposals for formal lesson observation to be ended.

Peal writes: "What Ofsted inspectors criticise and praise is invariably based on personal preference. Schools and teachers should have the freedom to accept or reject certain teaching methods at their choosing and not feel forced to conform to them by the inspectorate."

In the foreword, Civitas director David Green argues that the power of Ofsted reflects a contradiction in the Government's strategy. On the one hand, decision making is being decentralised to schools; while on the other, teachers are being prevented from using their professional judgment to provide the best possible service for their pupils.

"Perhaps the most fatal flaw in the Government's strategy is that it is undermining the move towards school-based training and away from universities that are steeped in the outdated orthodoxies of what Michael Gove has called 'the blob'," he says.

"A school cannot provide teacher training unless it is graded 'outstanding' for the quality of its teaching by Ofsted. But, as Peal's study shows, grades are often arbitrary and based on the personal prejudices of individual inspectors, many of whom remain attached to the discredited misnamed 'progressive' methods of the 1960s.

"They should not be in a position to prevent innovative schools from training their own teachers. Ofsted's power to control school-based training has become a primary obstacle to the renewal of teaching as a vocation."