The only way to create a level playing field for consumers is to re-nationalise this natural monopoly and this has to be a top priority for the next Labour Party election manifesto says GMB.

GMB, the union for water workers, commented on the new consultation launched by OFWAT on 2nd Jan 2014 on a blueprint to introduce market reforms to tackle overcharging in the water industry. See notes to editors for OFWAT open water programme and GMB release on overcharging in the industry.

"OFWAT's starting points to regulate this industry are 180 degrees removed from reality.

"First: OFWAT claim that water is a scarce resource and its use by consumers should be curtailed by metering and the price mechanism.

"This claim is total nonsense. We use less than 2% of the rain that falls in the UK. The rest runs out to sea as the increasingly flooded rivers shows. 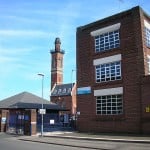 "This spurious claim for scarcity covers up the failure by water companies to collect enough water and the closure of reservoirs where land was sold for development to enrich the private equity owners of the industry.

"Second: while parts of Britain is flooding OFWAT is starting consulting on a blueprint for retail competition in water claiming that this will mean more choice, better service for business customers from water suppliers.

"Water is a natural monopoly and no consultations will change this. You would think they would learn from "the market" in the energy sector.

"The truth is that OFWAT are fiddling with market reforms in a monopoly water industry as Britain floods and consumers are ripped off.

"The only way to stop this rip off is to create a level playing field for consumers. This means re-nationalisation of this natural monopoly and this has to be a top priority for the next Labour Party election manifesto."