It was a week with massive fundamental announcements and most definitely full of volatility last week.  The US dollar index the week rather weak however recovered back from its losses during the second half of the week. The USD index made record weekly high of 88.505.

Meanwhile, the seasonally adjusted Markit Flash U.S. Services PMI™ Business Activity Index was down from 57.1 in October to 56.3 in November, lowest for the last 7 months since April 2014.

On Tuesday, major developments were on Oil prices and the commodity currencies ahead of Thursday’s OPEC meeting. In Austria, talks between the OPEC member nations Saudi Arabia and Venezuela together non-member countries Russia and Mexico, was concluded without any agreement. This signaled in itself that investors should not expect much from the main meeting on Thursday. As a result Oil prices made historic lows since May 2010. 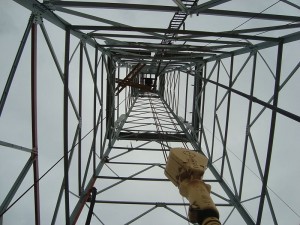 In the UK the Bank of England Governor Mark Carney was on stage. He outlined that “In recent months, global economic conditions have deteriorated in two of the major economies — Europe and Japan,” “The geopolitical situation remains difficult. The combination of that suggests a heightened degree of external risks to the U.K.”.

Meanwhile on the other side of the Atlantic the US economy surprised investors with better than expected GDP figures. The value of all goods and services produced in the US, rose by 3.9% annualized rate, up from its previous expectations at 3.5 %, however that did not push the USD index upward as the actual growth was lower than the previous quarter. With the GDP figures the USD index tumbled from 88.4 levels to 87.9 levels.

On Wednesday, the UK was once again on the frontline with the Q3 GDP figures. The Office for National Statistics (ONS) announced the second official UK Q3 GDP estimate outlining the UK economy growing by 0.7% down from the previous quarter’s 0.9% growth. At 11:00 am GMT the CBI retail sales data was announced which also signaled slowdown in the UK retail sales. The CBI monthly retail sales balance fell to +27 in November compared to +31 in just a month ago.

In the US, both the Unemployment claims and the Core Durable Goods orders announcements were disappointing. Unemployment claims increased 313,000 in the 3rd week of November, the highest since early September. The final drop of the negative news from the US came with the New Home sales figures, 458,000 vs. forecasted 471,000. With the disappointing US fundamentals the USD lost ground against its main counterparts and the USD index slammed down towards 87.60 levels.

On Thursday it was commodity currencies and oil day besides Thanksgiving Day in the US. The trading day started with the Australian Private Capital Expenditure which came better than expected boosting Aussie dollar towards 0.86 levels. However the AUD dominance only lasted until the European market opening, and the AUDUSD once again dropped back to 0.85 levels.

Late on during the day, it was Austria calling. OPEC took no action in intervening the global oil-supply, despite Venezuela’s out loud cry that the member countries need cut the daily production to bring prices up again. OPEC Secretary-General Abdalla El-Badri commented “We are not sending any signals to anybody, we just try to have a fair price,”. With no change in daily production quota, WTI futures slammed down by some 500 points testing $67.7 per barrel. The drop in Oil prices did not just end up with Oil only, the Russian Ruble and Norwegian Krona also dropped massively.

Finally on Sunday, just like expected the Swiss voters said no in a nationwide referendum to restrict the immigration quota to 0.2% of the population. The poll also came as a „No” for the Swiss Gold initiation.

There are three highly important developments which investors are going to be watching carefully for the upcoming week:

1. The UK Official Bank Rate change on Thursday the 4th of December

2. The ECB's monthly rate meeting on Thursday the 4th of December

3. The Non-Farm Payrolls (NFP) Change on Friday the 5th of December

The global economy is on a slippery slope