As the herd of small companies that formed the backbone of the shale boom is culled, there emerges a new focus on junior players who are sitting on prime prospects where oil can be produced at $20 per barrel or lower and still turn a healthy profit at today's prices hovering around $45 – $52 range.

The biggest winners will be those investors who are stepping into the market right now, investing in conventional oil stories.

James Stafford: With the precipitous fall in oil prices over the past months, how is the game—for potential investors—being reset in North America?

Stan Szary: There is renewed focus on the true cost of operations. How much does it cost to get a barrel of oil from the ground and delivered to where it needs to go? For conventional light oil projects in Western Canada–like Saturn's–with operating costs at $20 a barrel, its business as usual. For shale oil, heavy oil and oil sands projects, where operating costs can be anywhere from $50 to $100 a barrel, the outlook is far more challenging.

James Stafford: From a North American standpoint, who stands to benefit most from falling oil prices, and who will be the biggest losers?

Stan Szary: The biggest losers are the companies with multi-billion dollar unconventional oil projects whose project models were never built for a scenario of oil prices this low. The winners will be the small- to medium-sized conventional producers and explorers who still make a healthy profit at these prices. 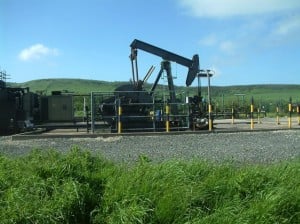 There's a misconception that all of North America is a high-cost jurisdiction. That's completely false. Canada has produced conventional oil at low cost for over 60 years. It's a very healthy segment of our industry, but it doesn't get a lot of media attention so there's low awareness of how healthy a large part of the oil patch remains. The biggest winners will be those investors who are stepping into the market right now, investing in conventional oil stories. The best example of this is the Richardson Family, one of Canada's richest families with $5 billion in assets, who last month purchased 11,000 barrels per day of production while the headlines are all so dire. Decisions like these are what have made them so wealthy.

James Stafford: What will be the fate of 'wildcatting' in the current atmosphere?

Stan Szary: A wildcat explorer is something you are, not something you do, and there are still several dozen wildcat fortunes left to be made in the next several years, so I can say with confidence that it will continue; but you will see far more discipline in costs and a lot more analysis of risks prior to making the decision to drill, which is a healthy thing.

James Stafford: What is the biggest mistake junior companies can make under the prevailing price crunch?

Stan Szary: High overhead. By definition we are explorers, not producers, so the only capital coming in is from investors. Wasting that money on unnecessary overhead like AAA office space and expensive third-party services is a huge mistake. Do I want to spend $100,000 on a year's rent in downtown Calgary or on another line of seismic data on a great oil prospect that unlocks the sweet spot to drill? That's an easy one for me.

James Stafford: Do you expect to see a flurry of mergers or acquisitions of junior companies?

Stan Szary: I think we'll start to see that when a floor starts to establish itself in the oil price. The problem is which junior has little enough debt and good enough assets to make it a worthwhile venture to acquire.

James Stafford: According to the Manhattan Institute for Policy Research, more than 20,000 small and midsize firms drive the "hydrocarbon revolution" in the US and that has helped the oil and gas industry thrive in recent years as they produce more than 75% of the nation's oil and gas output. Do you expect the playing field to shift now?

Stan Szary: The best of that group–those who will make their operations more efficient (cheaper)–will survive and thrive. Commodity market cycles are Darwinian in that sense, there's a regular culling of the herd, and only those who adapt will survive, and ultimately thrive.

Stan Szary: Actually, in my experience, the inverse has been true. Given the unpredictability of OPEC and instability in the geopolitical sphere, there's renewed interest in regions where project-related risk is a non-issue. The province of Saskatchewan, where Saturn works, is a great example: no political risk and fantastic geology, with operating costs at $20 a barrel, or lower.

James Stafford: Are there still unique opportunities to be found in Canada and the United States?

Stan Szary: Absolutely, but they are difficult to find because they are mostly conventional projects and require some knowledge of where in Western Canada you can find them.

James Stafford: How can we compare the effects of slumping oil prices on Canada as opposed to the United States?

Stan Szary: Again, it depends on where you are looking. Certain areas, like North Dakota's Bakken play, or Texas's Eagle Ford play, are hurting at these price levels. To get oil out of these plays requires horizontal drilling and hydraulic fracturing, which is expensive and requires $60, or even $80 a barrel to be profitable. Other plays where wells are vertical and require only a pump to pull the oil out of the ground can be profitable at very low prices.

James Stafford: Is this the end of the shale revolution, or just a temporary set-back?

Stan Szary: Ultimately, it will be a temporary set-back, but set-backs in the oil patch can last several years. Shale oil will be back with $70 oil. The world economy does not run without oil, and it will take a generation or more for alternative energy to start to change that. Our grandchildren will still need the energy oil affords, so everything will come back, eventually.

James Stafford: What do falling oil prices mean for drilling projects? Will we now see vertical drilling come back 'into fashion' with horizontal wells deemed too costly to make projects economically feasible?

Stan Szary: Vertical was never out of fashion, it just wasn't the 'cool kid' for the last few years. But now, a vertical conventional well that produces oil for 20 years, which costs under $1 million to drill and makes money every single year from year one, looks exceptionally great in this environment.

James Stafford: Not too long ago, drilling of horizontal wells started to overtake the drilling of vertical wells in Texas' Permian Basin. Can we expect to see a reversal of this new trend already due to falling oil prices?

Stan Szary: Not necessarily. Some oil plays require horizontal wells to get the oil out, so a vertical well just can't do it. But that of course means less oil coming out of the ground, which will eventually put pressure on supply in the long term.

Stan Szary: Onshore, traditional basins like the Western Canadian Sedimentary Basin, which has been producing conventional light oil since 1947, is doubly attractive because the province of Saskatchewan, where nearly one-third of the basin exists, has some of the lowest royalty rates in the world. Drilling costs are low, with vertical wells and no need for fracking, make this an extremely attractive area. This is where investors can still make great money even with today's low oil prices. This is where oil costs $20 a barrel and can not only merely survive in the current low-oil-price environment, but can thrive. This has been the key to profitability for Saturn—cheap, conventional drilling plays that yield returns. We start drilling at Bannock Creek this quarter, and what we find there will further increase the interest in Little Swan, the next drilling target.

James Stafford: Can you compare the effects of the current situation on junior companies as opposed to large, integrated majors?

Stan Szary: The juniors are more nimble, so we can trim costs and hunker down very quickly. The larger companies are like oil tankers; it takes a long time for them to slow down and change direction.

James Stafford: From a North American consumers' perspective, the oil price slump translates into a very favorable situation for prices at the gas pumps, which is particularly attractive to American drivers. But what will it mean from a wider standpoint for the American economy?

Stan Szary: I'm not an economist, so I can only guess at the larger impact of low oil prices on the American economy. One thing I do have a lot of faith in however is the American consumer, and by extension, the American driver. The demand for oil will remain healthy.

James Stafford: What should investors be looking for right now in an E&P company in order to balance out risk and reward?

Stan Szary: Safe jurisdiction politically, little or no debt, low overhead, projects that produce or are modeled to produce oil at $30 a barrel or lower, management, and of course, discovery upside if you can find it. That's the key, discovery upside; the chance to find barrels in the ground and create huge value very quickly. That's what every savvy oil investor should have a nose for, and that's what we're doing with Bannock and Little Swan.

Making the Most of Your Investment Company ISA