Chairman of Which? and Coats calls on employers to help mid-level managers improve and launches new Code of Conduct for professional management

The Chartered Management Institute (CMI) is delighted to announce that Mike Clasper CBE has becomes its President. Appointed for a two-year term, he takes over from Peter Ayliffe, Chair of Monitise, who has been CMI’s President since 2012 and co-chaired the recent Commission on the Future of Management and Leadership

Mike brings a wealth of experience to CMI. He has been the Non-Executive Chairman of Coats plc since September 2013 and Chairman of the consumer rights champion Which? since 2008. He is a non executive director of Serco and a former Non Executive Director of ITV, and was previously Chief Executive of BAA plc, Operating Managing Director at Terra Firma Capital Partners Limited and Chairman of HM Revenue and Customs. He has also held a number of senior executive positions at Procter & Gamble.

The Commission on the Future of Management and Leadership found that the UK needs 1 million new managers by 2020* – yet 71% of managers surveyed by CMI admit that their business could do better when it comes to training new managers. Clasper says this is clearly holding back growth – and has to be changed: “Good management and leadership are absolutely critical to business performance, and at every level of an organisation. We need junior and middle managers who get the best from their teams, inspire and engage their employees, and deliver real results for their organisations, week in, week out. CMI does brilliant work helping employers to develop those people so I’m delighted to be supporting CMI in working to achieve its vision of better led and managed organisations.”

“I’m delighted that Mike is becoming President. He joins at an exciting time for CMI. The economy looks like it’s turned a corner and with growth returning, we want to help employers get the best from their people. Professionalising their management skills is the perfect place to start. We’re grateful to Peter Ayliffe for the enormous contribution he has made as President and look forward to working with Mike in the years ahead.”

CMI is also pleased to announce the election of two new members to its Board of Trustees. Ian Owen CMgr MCMI and Steve Asher CMgr CMC FCMI FIC were elected by CMI’s members and join the Board with immediate effect.

Clasper’s first action as President is to launch CMI’s new Code of Conduct and Practice for professional managers, which sets out the standards of ethical behaviour expected of managers and leaders – whatever their seniority. Revised after extensive consultation with CMI members, employers and experts over the last year, the Code has been simplified and streamlined – giving managers six fundamental principles to help them act with integrity in their day to day work. Every CMI member is expected to work according to the principles set out in the Code and any CMI member found to have breached it can be barred from membership. 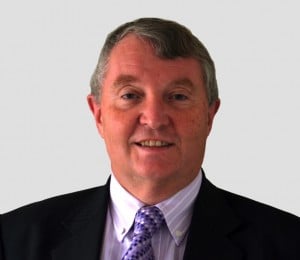 “Managers have to act with integrity in everything they do. It’s something that staff rightly expect of their bosses – yet CMI research has shown that as much as 80% of employees have seen managers in their organisation act unethically. The CMI Code of Conduct and Practice gives managers a simple but powerful set of principles to help shape the decisions they take and how they behave as leaders in their teams, whatever their role.”

Mike Clasper grew up in Sunderland and studied Engineering at St John’s, Cambridge. He is proud to hold an Honorary Doctorate from Sunderland University and in his spare time enjoys the theatre as well as watching and playing sport.

CMI’s Code of Conduct and Practice for professional managers can be found at www.managers.org.uk/code.

Camer-Gone? Bookies Tip Him To Go Next Year