One In Eleven Brits Facing Rent Or Mortgage Trouble This January

One in eleven people in Britain fear they won't be able to afford their rent or mortgage at the end of this month, according to new research from Shelter.

The research, based on a YouGov survey of over 4,000 British adults, shows household budgets across the country at breaking point, and suggests that millions of us will start the New Year worried about keeping our homes.

Families are the worst affected, with over 70% of rent or mortgage payers with children currently struggling or falling behind with their payments, compared to 63% of the general population.

Shelter is warning that many people, feeling overwhelmed by money worries, will put off overdue bills until it's too late, placing their homes at risk.

The findings revealed a worrying trend of people unable to face up to their financial difficulties, with nearly one in five saying they've not opened post if they thought it was a bill or late payment reminder.

With over one in three expecting to struggle with their rent or mortgage in 2014, the charity is urging anyone worried about their housing costs to get help as early as possible by visiting shelter.org.uk/advice.

Shelter's advisers regularly see cases where people don't ask for help until they reach crisis point. As it gets tougher to pay all the bills, people often feel overwhelmed and unsure where to turn. 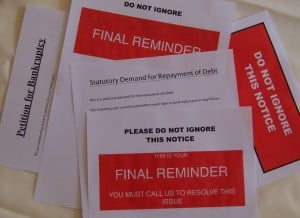 'We're now seeing a stream of cases of families who've been unable to cope with mounting rent or mortgage bills and feel at breaking point.'

She added: 'We hear from people every day who are struggling, so you are not alone. Our message to anyone struggling to pay their rent or mortgage is that we're on your side. Come to us for help early on for the best chance of keeping your home.'

'It's a worrying sign of the times that so many are starting the New Year worried about how they'll pay their rent or mortgage in 2014. Unless they get help, some of the families struggling now could face the very real prospect of losing their home this year.'

To get advice on rent or mortgage arrears visit www.shelter.org.uk/advice.