More than a quarter (26 percent) of adults aged between 20 and 34 were living with their parents in 2013. That amounts to some 3.3 million people.

In 1996 when these numbers were first collected by the Office for National Statistics (ONS) this figure stood at 2.7 million or 21 percent of that age group still living with their parents.

The ONS data also shows that the increase in the numbers has been sharper since the start of the country’s economic slowdown (see graph below).

On a gender basis, for all those between 20 and 34 years old there are 2.1 million men still living with parents compared to 1.2 million women. 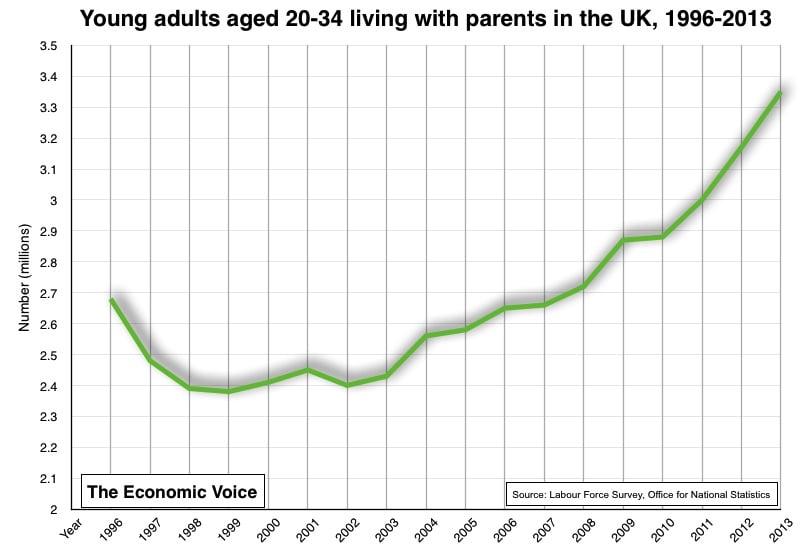 For those between 35 and 64 about two percent live with their parents, a number that has been largely stable since 1996 says the ONS.

Looking at this on a regional basis we find that Norther Ireland has the highest proportion of 20 to 34 year-olds living at home (36 percent) and London the lowest (22 percent). 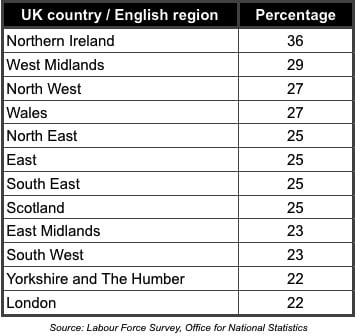