Women vets fare worse: almost one in five is burnt-out within five years

One in seven vets is likely to be burnt-out within 10 years of qualifying, reveals research published online in Veterinary Record.

Women are likely to burn-out even faster than their male colleagues, with almost one in five burnt-out within five years of graduating, the findings show.

Vets’ psychological wellbeing has been the subject of several studies in different countries in recent years, with some evidence suggesting that male vets are less prone to distress, anxiety, and depression – an increasingly important issue in view of the increasing feminisation of the profession, say the authors.

They therefore wanted to gauge the level of burn-out and engagement with work among veterinarians graduating within the past decade, and to assess whether gender or years since graduation are influential factors.

They based their approach on the job demands-resources (JD-R) questionnaire, which balances out negative (burn-out) and positive (engagement) aspects of wellbeing associated with work.

But they tailored it specifically to vets, on the grounds that every profession has unique risk factors for burn-out.

The questionnaire was emailed to 1,790 vets who had qualified in The Netherlands between 1999 and 2009, with the final analysis based on the responses of 860, almost three quarters (73%) of whom were women.

Levels of exhaustion and cynicism – both of which are associated with burn-out – were significantly lower than those in a random sample of the Dutch working population. But so too was the level of work engagement.

And the responses showed that one in seven respondents (14%) was burnt-out within 10 years of qualifying, a finding the researchers describe as “alarming.”

If the criteria for burn-out that are normally used for the Dutch workforce are applied, then the responses would indicate that 27% of the survey respondents were burnt-out.

Women also seemed to reach burn-out faster. Almost one in five (18%) of the female respondents was burnt-out within five years of graduating.

Male vets tended to be less exhausted and more engaged with work than their female peers. Job demands associated with exhaustion were work – (home) life balance and workload, while job resources linked to engagement included opportunities for professional development and “skills discretion” – the ability to use and develop skills on the job.

Behavioural traits explained more of the variance in levels of work engagement between male and female vets than in levels of exhaustion.

Self-belief in one’s abilities (self-efficacy) and a proactive stance are linked to work engagement in the JD-R approach. But women vets rated themselves as less effective, optimistic, proactive and assertive than did their male peers.

“A key issue for the veterinary curriculum appears to be the development of students’ personal resources, especially proactive behaviour and self-efficacy,” conclude the authors, adding that women may stand to gain even more from this.

And more research into what prompts women to have less faith in their abilities in a male dominated environment may also be helpful, they suggest.

British Veterinary Association President Robin Hargreaves said: “These findings are worrying but sadly not surprising. We know that a burn out and other manifestations of poor mental wellbeing in veterinary professionals of both sexes are a well-recognised problem in the UK and they are a constant concern to BVA.

“The suggestion of an increased susceptibility to burn out amongst female vets adds to that concern with the increasing proportion of women in the profession.” 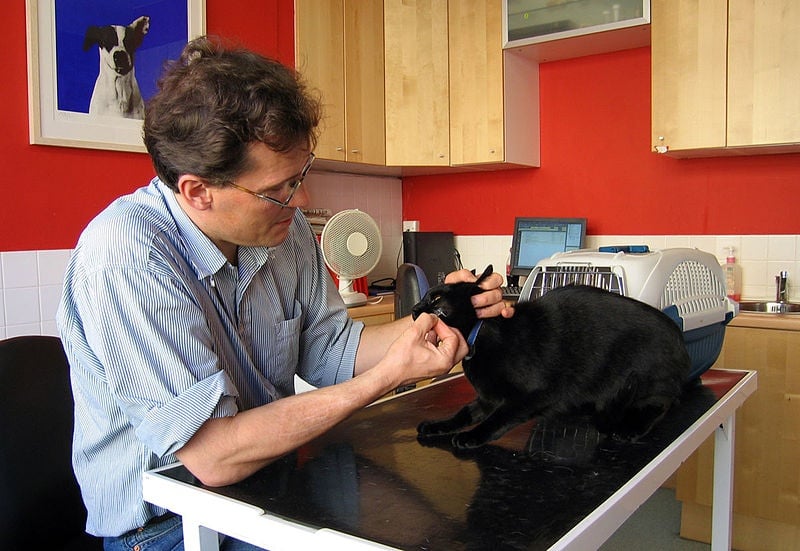 [Burnout and engagement, and its predictors in young veterinary professionals: the influence of gender Online First doi 10.1136/vr.101762]