One Stock You Can Shelf Away for a Century

The world is not coming to an end—even if it does look that way as global stock markets plummet.

Make no mistake about it; we are clearly witnessing some selling capitulation in the stock market. The bottom may be near for the stock markets, or we could be in for further downside moves given that the correction on the S&P 500 has been around six percent, so there’s some wiggle room to the downside.

After multiple records by the S&P 500 and DOW in September, the DOW is now in negative territory in 2014. Meanwhile, the S&P 500 was negative intraday on Wednesday prior to rallying.

If you are looking to buy on weakness, you want to understand the downside risk is still there in the stock market—especially for the higher-risk small-cap stocks and technology growth stocks. The NASDAQ fell on Wednesday, experiencing a 10% correction, but managed to bounce back.

Many small-cap stocks on the Russell 2000 are already entrenched in a bear stock market, down more than 20% from their highs. This is not the area for timid investors yet.

Perhaps it’s time to stop chasing risk and look at adding some lower-risk proven plays in the stock market instead.

I like the consumer staples stocks that tend to perform in both up and down stock markets.

Some may want to go defensive in the stock market. Look to the big banks, consumer staples, and industrial sectors if so.

One of the top stocks over time has been General Electric Company (NYSE/GE), which has been a favorite of widow portfolios in the stock market since the company first debuted in 1892. There have been some shaky years, but the company has survived and will continue to be a core holding. 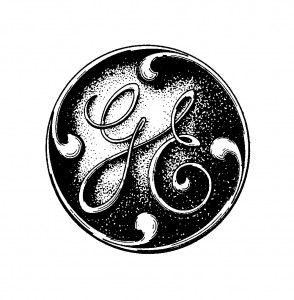 GE is not a stock that will return great and rapid gains, but it will deliver long-term performance for the investor looking for some stability in the stock market.

Buy it and leave it has been the mantra for GE. The price chart of GE from 1964 to today, as shown below, displays the relatively steady rise in the stock with some exemptions over the past decade, including a relapse in 2009 when the stock fell to the $5.00 level prior to rallying to the current $25.00 level, up four-times. Imagine: a $50,000 investment in 2009 would be worth a quarter of a million dollars at this time if you had bought GE when it was down.

The bottom line is that GE is about consistency. It has been around for more than a century and will likely be around in another 100 years. You can’t say that about too many other companies.

This article One Stock You Can Shelf Away for a Century was originally posted at Daily Gains Letter.