After three grinding years of austerity, pretty much zero economic growth, cuts in workers’ spending power and the growing realisation that unemployment figures probably understate the weakness in the labour market, most of us are pretty desperate for some good news. And so, with the publication of latest survey data for May, lots of people are now getting carried away.

The surveys in question are the Purchasing Managers’ Indices, or PMIs. These ask a relatively small sample of business buyers – the clue’s in the name – whether output, orders, prices and costs are rising or falling, and what they think about the general economic outlook. In a highly scientific and ground-breaking approach, the survey guys then subtract the percentage of negatives from the percentage of positives (more or less), and publish the result as an index.

In truth, the PMIs are not really any different from the larger surveys run by the Confederation of British Industry or the British Chambers of Commerce (other than the sample being much smaller). But the PMIs have three things going for them. First, by cunningly publishing the results as an index, rather than a percentage balance (ups minus downs), the PMIs look like they are actually measuring growth, even though they’re not. Second, because the PMIs are monthly and very timely, they provide one of the first indications of what might be going on. Third, and just as importantly, Markit – the firm that runs the PMIs – has a very good media spin machine that ensure the indices get lots of press.

The only trouble is that the PMIs aren’t very good.

Several research papers have looked at whether the PMIs actually paint a reliable guide to what’s going on. It turns out that, if you have no other information, the PMIs can be useful. But if you have the other surveys from the CBI or BCC – or even the European Commission – then the value they add is marginal at best. Furthermore, the relationship between the PMIs and official growth data is not great – if you had been forecasting the 2008/9 recession on the basis of the PMIs, you would have massively understated how bad things got. 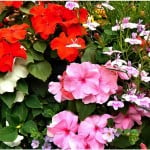 All of this means that, while the jump in the UK services PMI to 54.9 in May from 52.9 in April was welcome (50 means no change on the month), no-one should get carried away. There were already other signs that maybe the economy has now managed to rise to its hands and knees instead of being slumped on the floor. But the odds of seeing even a normal GDP growth rate of 0.6% in the second quarter – let alone the sort of stronger-than-normal growth often seen after recessions – are still pretty long.

So while our economic prospects are a little less dim than they were three months ago, don’t get too excited by the PMIs. One survey does not make an economic summer.

Landlords caught between a rock and a hard place

British media is racist and elitist in bombing coverage

So politicians are disconnected from the voters