Analysis: International donations to the Ebola virus outbreak: too little, too late?

As of December 31 2014, pledges to the Ebola outbreak reached at least $2.89bn, yet only around 40% ($1.09bn) has actually reached affected countries, finds a report published by The BMJ this week.

These delays in disbursements of funding “may have contributed to spread of the virus and could have increased the financial needs,” argues author Karen Grépin, Assistant Professor of global health policy at New York University.

Using international donations captured by the UN Office for the Coordination of Humanitarian Affairs’ (OCHA) financial tracking system, she examined the level and speed of pledges made to the Ebola epidemic and how they aligned with evolving estimates of funds required to bring the epidemic under control.

On 23 March 2014, Guinea’s Ministry of Health notified the World Health Organization (WHO) of a “rapidly evolving outbreak” of Ebola virus disease in the south eastern part of its country. Within a week of the notification, WHO sent an initial donation of protective equipment and other medical supplies to Guinea.

However, the first major appeal to the international community for funding did not happen until August, when WHO, along with the presidents of Liberia, Sierra Leone, and Guinea, called on international donors to provide $71m to support the control of the outbreak. 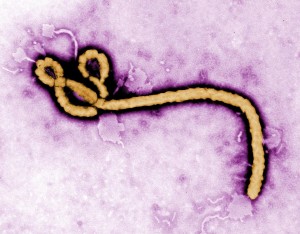 On 16 September 2014, roughly six months after the start of the epidemic, the UN estimated that nearly $1bn in humanitarian assistance. By mid-November, the official request for funding was estimated at $1.5bn.

“Clearly, international leaders have found it challenging to estimate the financial requirements to tackle this rapidly spreading outbreak,” says Grépin. “The problem has not been the generosity of donors but that the resources have not been deployed rapidly enough.”

The data do not allow the speed of disbursements to be compared with that for other humanitarian crises, she explains, “but they do suggest that we need a mechanism to enable more rapid disbursement of funds to fight public health threats such as Ebola, such as a dedicated fund that could be rapidly deployed for any emergency.”

“Monitoring and tracking donor responses to the epidemic, and how the money was spent, is important to improve our response to future public health threats,” she adds. “Learning from this experience will help us to understand what worked and what did not in this epidemic and will also help us better assess funding needs in the future.”