Only six weeks to go and pension confusion reigns

More than three quarters of people nearing retirement are undecided on how they will fund their lifestyle, with new legislation bringing more freedom than ever for those aged 55 and over only 6 weeks away.

From 6th April 2015, restrictions on the amount of money that can be withdrawn from a pension fund and the amount of guaranteed income savers must have will be lifted. These new pension freedoms will mean that savers aged 55 and over will be able to decide for the first time exactly how they access their pension fund.

They will be able to take the whole fund in one go, take smaller lump sums when required or take up to 25 per cent tax free and a regular taxable income from the rest.

So-called 'flexi access income drawdown' will be a new method of funding retirement for people who may previously have opted to purchase a lifetime annuity, which guaranteed a fixed annual income for life.

Ahead of the changes, financial and technology services firm True Potential asked more than 2,000 savers about their plans for financing their retirement. 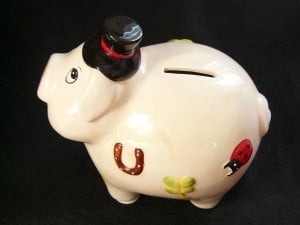 Of those aged 55-64, 76 per cent have not considered or do not know how they will take an income or a lump sum from their pension. That figure rises to 82 per cent of those aged 65 and over.

Under the new legislation, if savers decide to take their whole fund as cash in one go, 25 per cent will be tax free, with the rest taxed as income. This option could however push many people into the 40 per cent and 45 per cent tax bands.

Should they choose to take smaller lump sums as and when they like, 25 per cent of each withdrawal will be tax free.

Or they could take up to 25 per cent tax free and generate a regular income from the remaining funds, taxed at their marginal rate. This could be done via income drawdown – when funds are taken directly from the pension pot, which remains invested.

True Potential's research has confirmed that annuities remain unpopular among savers, with only five per cent of all respondents saying they would choose this option.

Surprisingly, however, when savers were asked to describe what matters most from a pension, annuities featured prominently.

Forty three per cent of respondents believe a consistent income in retirement is the most important factor. With savers afforded more control than ever over their own funds, the extra flexibility has been broadly welcomed by the pensions industry.

But some experts have warned that many pensioners may be tempted into splashing out on expensive items, leaving them with little to live on.

True Potential also believes there is a danger that uncertainty among savers may cause them to rush into the wrong decision, ultimately getting a poor deal on their savings.

"The main message we can take from these results is that there is indecision in the market at present. That is not uncommon in the aftermath of significant changes such as those we have seen in pensions, but it does mean there is now some urgency to explain what new options are available to savers.

"While people may not be familiar with the term 'income drawdown', the trend is towards having more control over our own money. True Potential will soon be unveiling new technology that promises to help clients plan for life after work.

"We believe this will welcome in a new era of transparency that consumers do not currently have and is in stark contrast to the annuities market which has left thousands of retirees feeling short-changed.

"It is ironic that people describe annuities when asked how they would like to fund their retirement, but very few are prepared to purchase one and have been put off. That shows what happens when companies take their clients for granted and why the market needed to be shaken up.

"My main concern is that many thousands of people on the brink of retirement now find themselves with new options that they are either not aware of or do not fully understand. In those circumstances, there is a high possibility of making the wrong decision and regretting it later. I would advise anyone in that position to seek professional advice, though sadly many will choose not to do so following the charges for advice that the Government introduced last year. I fear the potentially excellent advantages of flexible income drawdown will be somewhat muted as a result."

We must grow the rural economy and improve the natural environment