The Office for National Statistics (ONS) House Price Index (HPI), previously published by the Department for Communities and Local Government (DCLG), is a monthly release that publishes figures for mix-adjusted average house prices and house price indices for the UK, its component countries and regions.

This statistical bulletin provides comprehensive information on the change in house prices on a monthly and annual basis. It also includes analysis by country, region, type of buyer (first-time buyers and former owner-occupiers) and type of dwelling (new dwelling or pre-owned dwelling). Historical series for all accompanying tables that transferred from DCLG are also available in the data section of this release.

The figures published in this release are not seasonally adjusted unless otherwise stated. 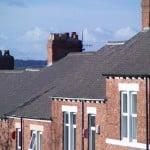 • House price growth remains stable across most of the UK, although prices in London are increasing faster than the UK average.

• On a seasonally adjusted basis, UK house prices increased by 0.5% between July and August 2013.

• In August 2013, prices paid by first-time buyers were 4.9% higher on average than in August 2012. For owner-occupiers (existing owners), prices increased by 3.3% for the same period.

US debt, the foundation of the world's economy