This report shows the latest monthly statistics on trade in goods classified according to Standard International Trade Classification (SITC) as well as monthly estimates for total trade in services.

The deficit of trade in goods and services for September 2013 was £3.3 billion, unchanged when compared with the previous month.

The deficit on trade in goods was £9.8 billion in September 2013. The trade position reflects exports minus imports. Exports of goods decreased by 0.7% on the month to £25.1 billion for September 2013. Imports for the same period rose 0.2% to £34.9 billion.

Exports of erratics which are defined as ships, aircraft, precious stones and silver decreased by 24.3% between August 2013 and September 2013. Trade in oil can also be volatile, and this month imports of oil decreased by 10.1%. When these erratic items are removed the exports of goods remained unchanged at £20.5 billion and imports rose by 1.6% to £29.2 billion.

In September 2013, exports of goods to the European Union (EU) decreased by £0.3 billion to £12.6 billion, reflecting falls in oil, chemicals and machinery. Imports from the EU increased by £0.4 billion to £18.6 billion, with half the increase attributed to cars. Overall the trade in goods balance with the EU reached a record deficit of £6.0 billion.

Trade statistics for any one month can be erratic. For that reason, it is recommended to compare the latest quarter against the preceding quarter and the same quarter of 2012. 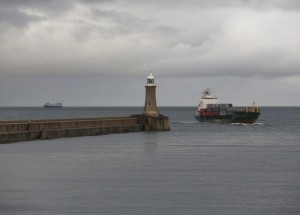 This bulletin also reports on trade in services. However, the information on trade in services is mainly obtained from quarterly surveys, in some cases underpinned by larger-scale annual inquiries. That means that the figures for the latest months are inevitably uncertain.

The full report can be found HERE.