George Osborne's sale of the public stake in RBS was put under renewed scrutiny from civil society today, with concerned citizens putting pressure on the Treasury to stop the sale.

Members of the public delivered a petition, signed by over 119,000 people,[1] calling on George Osborne to consider all the options for the future of RBS, including breaking the bank up into a network of local banks.

"Osborne's firesale of the public stake in RBS is not only a reckless waste of £14 billion at a time of austerity, it's also excluding the public from one of the biggest debates of our time – how to fix Britain's broken banking system.

"Our petition shows that there is massive interest from the public in exploring all the options for the future of RBS, and that there is no public mandate for robbing us of our dues from a bank we already own.

"Instead of being flogged off on the cheap to those that caused the crisis, RBS should be converted into a network of local banks that support the real economy, lend to businesses, and make financial crises less likely to happen. [2]

"Instead, George Osborne's reckless firesale is not just a travesty, its a dereliction of duty from the Chancellor." 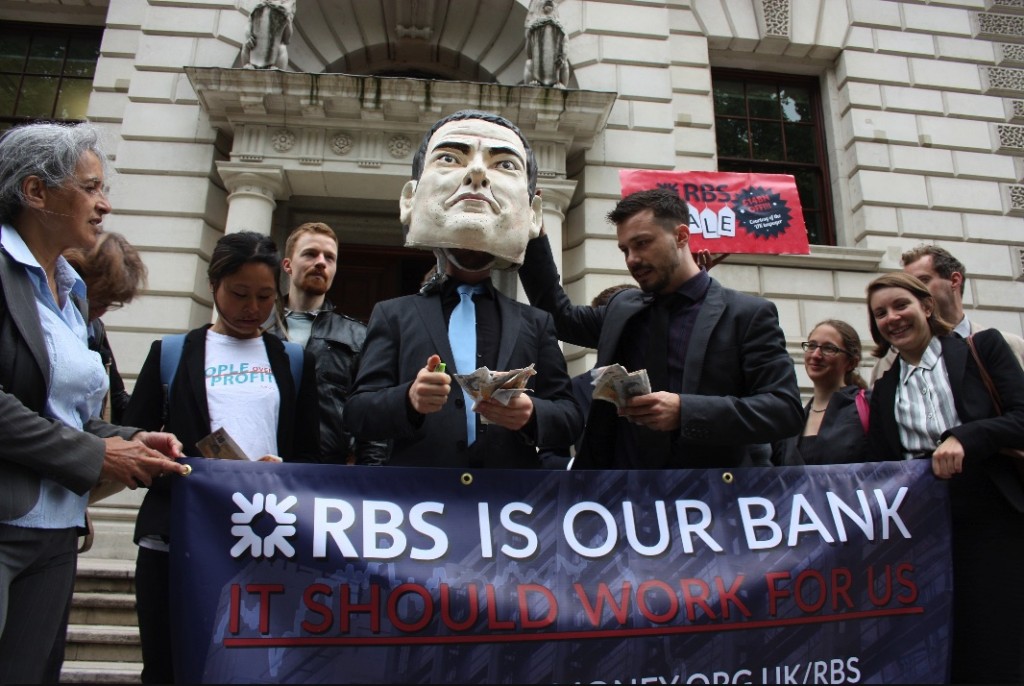 The mass petition calls on the Chancellor to examine all options for the future of the bank, as recommended by the Parliamentary Commission on Banking Standards.

The intervention comes at a time of snowballing opposition to the loss making firesale, with commentators from both the left and the right questioning both the timing[3] and the wisdom[4] of the share sale.