This comprised net additions of 1.1 million customers generated in the third quarter from mobile contract offers, principally in the European countries. The increase in fixed broadband (190,000 net additions) offset the downturn in traditional fixed-line telephony:

– France produced its best performance in three years on mobile packages in the third quarter of 2013, with 298,000 net additions, led by the Open and Origami offers;

– Africa and the Middle East had a combined total of 84.6 million mobile customers at 30 September 2013, growth of 6.8% year on year, mainly led by Mali, Guinea and Côte d'Ivoire. Consolidated revenues were 10.162 billion euros in the third quarter of 2013, down 4.0% on a comparable basis, after falling 4.8% in the second quarter. This improvement of 0.8 percentage point largely reflects the lower impact of regulatory measures in France since July 1st.

Excluding the impact of regulatory measures, the change was -2.4% in the third quarter, a similar pace to that of the previous quarter:

– in France, revenues fell 4.9%, which was comparable to the 4.7% decline of the second quarter. The third quarter confirmed the stabilisation of quarterly mobile ARPU since the beginning of the year, in line with the annual forecast of -12%;

– in Spain, revenues rose 6.9%, led by the growth of the customer base and sales of mobile handsets;

– in Poland, revenues improved significantly in the third quarter (-2.6%, after falling 4.5% in the first half), helped by both fixed and mobile services;

– in Africa and the Middle East, revenues grew 4.1% led by Côte d'Ivoire, Mali, Guinea and Senegal;

– in the Enterprise segment, revenues fell 7.2%, reflecting the impact of price reductions during contract renewals and the European economic backdrop, which remains difficult.

– CAPEX rose 2.6% on a comparable basis to 3.748 billion euros. This acceleration was led by investment in very high-speed broadband (4G mobile and fibre), particularly in France, where it rose to 364 million euros. The ratio of CAPEX to revenues was 12.2%, an increase of 0.8 percentage point compared with the previous year. 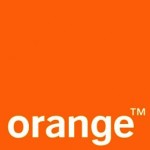 The Group confirms the objective it has set for 2013 of operating cash flow (restated EBITDA less CAPEX) of at least 7 billion euros.

In addition, the Group will follow a policy of prudent and selective acquisitions, concentrating on possible consolidation and disposals in the markets in which it operates.

Commenting on the results for the first nine months of 2013, Orange Chairman and CEO Stéphane Richard said:

"I would point to three key elements from these quarterly results. First, our ability to expand our customer base in the Group's three core countries (France, Poland and Spain), while managing the overall decline in prices. In France, we recorded our best net sales figures for three years, adding around 300,000 new customers, mainly on high-end tariffs such as Origami and Open. The Africa and Middle East region posted sales growth of more than 4%. Secondly, the continued reduction in our cost base: we have already achieved our annual target of 600 million euros in savings, a third of which is down to lower indirect costs. Finally, I would like to highlight our investment initiatives, especially in 4G and fibre, which place Orange in an ideal position in these crucial growth sectors. Overall, these results, which are the fruit of the efforts of all of the Group's employees, give us confidence that we will achieve our 2013 objectives and reinforce our ambitions for 2014."