George Osborne is expected to announce a new investment allowance for North Sea oil producers in the UK budget tomorrow, in his attempt to rescue the struggling industry which is still reeling from the recent price volatility of crude oil.

It is hoped that the new allowance will help stimulate production and exploration. He may also announce further cuts in the headline tax rate that applies to producers. Any further reduction follows the earlier decision made in December to lower the supplementary tax rate levied at the oil and gas sector from 32% to 30%; this rate is charged on top of the 30% corporation tax that applies to producers.

The measure comes amidst pressure from lobbyists such as The Oil and Gas Authority which have proposed tax cuts in an attempt to prevent a domino effect of oilfields shutting down across the North Sea and to try and retain investment in the industry following forecasts that capital spending on new projects will fall by a third this year. 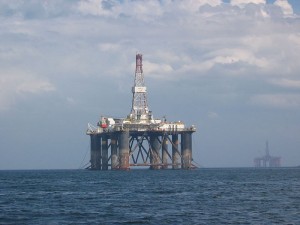 It appears that plummeting oil and gas prices have led governments around the world to rethink their tax policy across the industry as what has been a stable and rich source tax revenue can no longer take the strain. In Canada, tax breaks are being given to liquefied natural gas projects in an effort to spur multibillion dollar investments that so far haven't gone past proposals. In Norway, there have been calls for the government to reduce tax rates to prevent oil companies from cutting investment by 15% this year, a move which could prove critical to the Norwegian economy as it gains more than a fifth of its economic output from oil and gas production.

It has been said in the public policy realm that one should never let a crisis go to waste.   Perhaps the crisis-like circumstances in the sector will provide governments with the impetus to rethink their tax policies for the sector.  For example, the complex system of bespoke tax rates in the UK on different fields is an aspect of taxation in the sector which is drastically in need of simplification, regardless of the recent low prices.