Now that the dust has settled after the initial headline grabbing accusations that the Chancellor was engaging in some gratuitous ‘granny-bashing’ the general consensus appears to be that things are not as bad as they initially seemed.

For a start the budget, which Osborne wanted to be seen as tax simplifying and business friendly, got quite a good response from some areas of business.

Chris Cummings, CEO of TheCityUK welcomed it saying “The reductions in both corporation tax and personal tax announced today send a strong signal that the ‘open for business’ sign over the UK is well and truly lit.” He also pointed to the support for small businesses as a positive measure and also to the reduction in the top rate of tax to 45p as a ‘step in the right direction’.

David Woodward, head of the R&D Tax group at KPMG commented on the Chancellor’s confirmation of his intention to introduce an Above the Line (ATL) Credit for qualifying Research & Development expenditure for large companies saying “The ATL R&D credit turns a tax credit into income for the company and makes the benefit more visible to decision makers. This has been lobbied for by UK business and is a really positive move for UK competiveness. The ATC will hopefully result in a migration of R&D expenditure to the UK, with the consequential impact on jobs and wealth creation.”

The AIC welcomed the removal of the Â£1 million limit on investment by a VCT in a single company as well as the opening up of the range of eligible companies. Their director general, Ian Sayers, said “We are delighted that the Chancellor recognises the role that VCTs have to play in delivering increased economic growth and employment. The proposed rule changes allow VCTs to invest in a wider range of companies which is a welcome boost to the sector and businesses desperately seeking finance.”

Some though were more lukewarm. Although welcoming the cuts in corporation tax Ajay Bhalla, Professor of Global Innovation Management at Cass Business School, said “By lowering the corporate tax, Britain is attempting to send a signal that it remains investor friendly. However, any euphoria around the announcement is likely to be short lived. Both emerging and developed economies against which Britain competes are hungry for business and will follow suit by lowering their corporate tax thresholds.” And commenting on the reduction in the top rate of tax from 50p to 45p Philip Booth, Professor of Insurance and Risk Management at Cass Business School said “If no economic activity were choked off by the 50p tax rate, or if no avoidance took place then a cut in the top tax rate would cost Â£3bn. The fact that this cut will cost only Â£100m is a sign that the 50p rate is having serious effects on rich and poor alike. If there is such a strong case for reducing the 50p tax rate to 45p, then surely it should be reduced all the way back to down 40p. 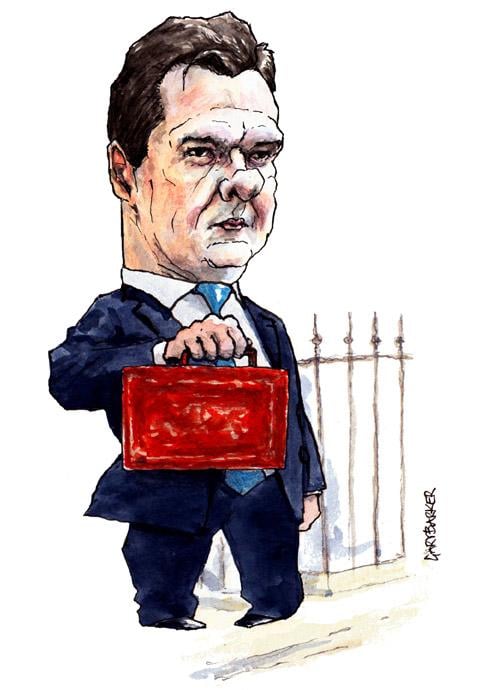 “Overall, this was a "ten steps forward, nine steps back" Budget – which, by the standards of recent years, is pretty good.”

Others who saw this as a rich person’s benefit spree, like the Green Party, were far from impressed. “Today's budget announcement from George Osborne does nothing to help the green agenda. Cameron's promise to be the greenest government ever has been shown up for what it is – a sham. A clean energy policy is nowhere to be seen and the opportunity to promote the renewable sector has been sadly forsaken in favour of helping the rich by cutting the 50p tax rate.” Said the Greens.

And on the granny-bashing? Well, once it was pointed out that there is a massive increase in the state pension in the offing the barbs were somewhat blunted. And when coupled with the increase for everyone of the tax threshold to Â£9,205, the freezing of the age related allowance has even less impact. As this piece in the Telegraph points out, the basic state pension will see a 43% increase since this Government was formed. “That’s a bigger increase in income than many working people will manage. So while tax simplification is urgent, the outlook is not all bad for pensioners.” It even got a fairly mixed and balanced response on BBC Question Time last night.

And anyway we should remember that Labour will change everything again when they get in (almost certainly within a decade) and all this will be forgotten.

What does voting to stay in the EU actually mean?

He's not the Messiah, he's not even a very naughty boy, he's just a bit of a lefty