This summer, visitors to Canada’s capital city will be treated to a spectacular new sound and light show called Northern Lights.

The bilingual (English and French) display, which will be free to all, is set to run nightly from 10 July until 12 September and will take place on Parliament Hill set against the iconic backdrop of Ottawa’s historic Parliament Buildings.

Each show will last for 30 minutes and will take audiences on an unforgettable journey of sound and light through Canada’s past. As the country heads towards its 150th anniversary in 2017, Northern Lights will showcase important chapters from Canada’s history including indigenous ways of life, early European settlements and the formation of modern Canadian society. The show, which uses the state of the art technology, will illuminate themes of nation-building, partnership, discovery, valour, pride and vision.

The Parliament Buildings, home to Canada’s national government, are set on the southern banks of the Ottawa River in downtown Ottawa, easy walking distance from most hotels. The gothic buildings (some parts dating back to 1859) are some of the most impressive in all North America, making them and the surrounding area a must-see sight on a holiday to the capital. 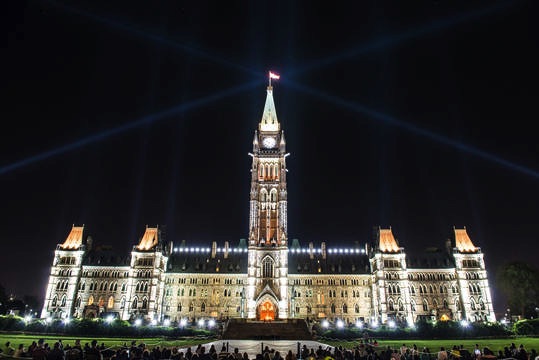 Canadian Heritage, the government department responsible for policies and programmes concerning the arts, culture and media, have worked closely with the award-winning Canadian audio visual firm id3 on the project. Id3 are one of largest companies of its kind in Canada and, thanks to the use of cutting-edge projectors and lasers, this is their most visually stunning project to date.

The show is the latest in a series of light and sound spectacles that have wowed visitors to Ottawa since 1984. Northern Lights will take place each evening* at 10pm in July, 9.30pm throughout August and at 9pm during September and will run for the next five consecutive summers.

*subject to cancellation in the event of bad weather

The unchanging appeal of holidays to Turkey

UK women have higher risk of cancer than European average