Ottawa to sparkle with Christmas Lights Across Canada

Canada to light up cities for Christmas

Now in its 31st year, Christmas Lights Across Canada is a national programme of stunning festive illuminations that light up capital cities throughout Canada. This year’s programme takes place 2 December 2015 to 7 January 2016 with the most spectacular displays expected in Ottawa.

Created in 1985, Christmas Lights Across Canada began in Canada’s capital region and was originally designed to showcase Ottawa’s major landmarks including the historic Parliament Buildings and national museums. It has since grown in to a country-wide celebration, with striking displays lighting up every province and territory capital in Canada.

Throughout Christmas Lights Across Canada, Ottawa and neighboring Gatineau will glow each evening from 4:30pm to 2:00am creating a fairy-tale like scene. In addition to the well-established locations, this year a new illumination site consisting of 100,000 bulbs will be installed on Mackenzie Avenue, which runs adjacent to Major’s Hill Park and the fashionable ByWard Market area. 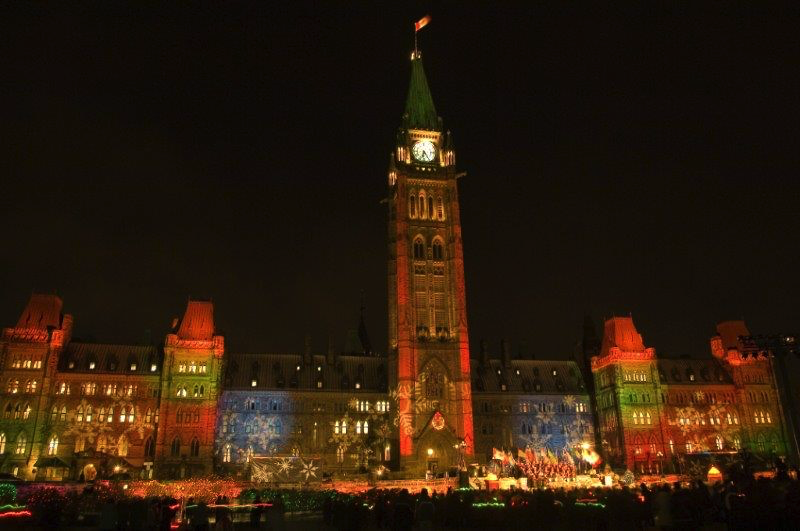 A switch-on ceremony will take place on 2 December when revellers will gather on Parliament Hill to drink free hot chocolate and to eat delicious BeaverTail pastries; a local float-cooked sweet pastry coated in sugar and topped with a choice of toppings, including chocolate, cinnamon, maple syrup or fruit. The ceremony will include a pyrotechnics show, a performance by Canadian singer Measha Brueggergosman and the launch of a new multimedia winter landscape projection show that will be displayed on the walls of Parliament’s Centre Block and its Peace Tower every evening from 5:30 to 11:00pm during the program’s duration.

The winter holidays make for a magical time to visit Ottawa with a host of other fun activities on offer throughout the capital. Traditional Christmas markets, ice skating, romantic horse-drawn carriage rides, seasonal shows and of course almost-guaranteed crisp white snow, Ottawa really does have Christmas wrapped up this year.

British Homes through the Ages

The Minuteman Crossword No2