Another day passes and another conspiracy theory emerges. Today’s appears to be the story that Dominique Strauss-Khan was set-up by a sting and arrested because he found out that there was no gold in Fort Knox.

The story (from beforeitsnews.com) it seems is based on DSK’s concerns over the USA allegedly stalling in its pledged delivery of 191.3 tons of gold to fund the Special Drawing Rights to start what would become an alternative to reserve currencies. It then goes on to describe how he became aware of it and of the case of the fake gold sent by the US to China and Ron Paul’s beliefs that Fort Knox may well be empty of bullion.

All very well, but if untrue then this whole conspiracy theory only serves to belittle the suffering of the victim of the alleged incident.

Then Vladimir Putin comes out and hints that DSK’s arrest was a set-up (telegraph.co.uk/finance/dominique-strauss-kahn/8544909/Vladimir-Putin-hints-at-Dominique-Strauss-Kahn-conspiracy.html). But just days ago DSK is reported to have told friends that he thought he would be set up for a honey trap by the very same Russian PM.

And now another prominent banker, the Egyptian Mahmoud Abdel-Salam Omar, has been arrested in New York for similar reasons.

Seems that when these rich and powerful men get to a certain age they just flip. Or is it something more sinister?

The Guardian’s Carl Miller and Matthew Moran have tried to put the conspiracy theory in context here, but take as much flak as support for their views.

Notable conspiracy theories are: the alien and UFO cover-up, the Bilderbergers, the Freemasons, the Elders of Zion, ‘9/11 was an inside job’, the international banking system – one could go on and they all have many adherents (despite however much they are debunked).

Many people just consider the conspiracy theorists as nutters and therefore think themselves more sane and possibly cleverer and better informed. They would never fall for a conspiracy theory would they?

But I put it to you that most, if not everyone on the planet, is a conspiracy theorist; it’s just the scale that varies.

A conspiracy is an evil, unlawful, treacherous or surreptitious plan or plot made in secret by two or more people.

Ever walked into a room just as the conversation has stopped?

And many politicians and their supporters are conspiracy theorists. Just consider. 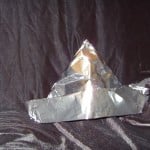 At the dying gasps of the last Labour government, its ministers were out and about signing contracts increasing the national debt. They said they were doing it for the country, but the Tories claimed it was a devious plot to leave them with an unmanageable debt burden.

During the run up to the election the Tories claimed that the NHS was safe in their hands, but as any Labour supporter will tell you there’s a secret Tory plot to privatise it.

Immigration under Labour was used to fill skill gaps? No say the Tories; it was a plot to fill the country with Labour supporters.

And the press and public lap up every syllable.

And how many rumours go around the average workplace every time the senior management make an announcement?

I would say that only a robot of a person with no concept of ego would never have believed there was never a conspiracy against them within their lifetime.